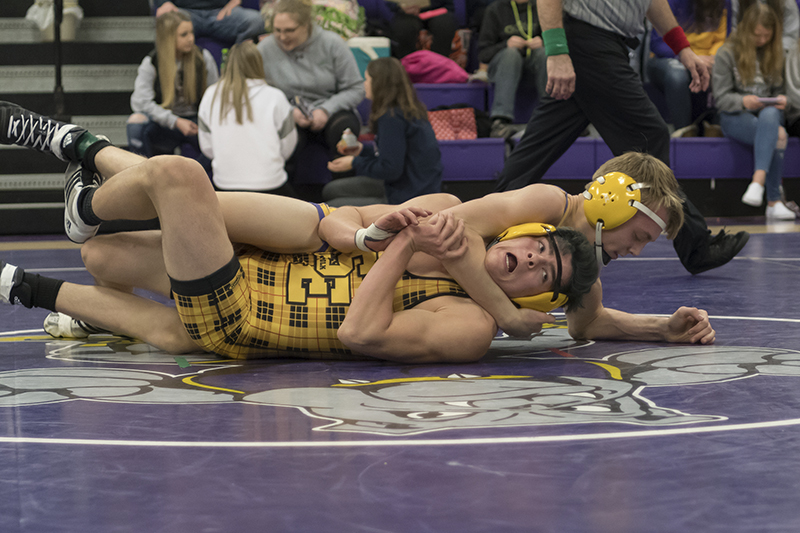 The No. 4-ranked Lake Mills wrestling team hosted its annual invitational and won all five duals to claim the title, according to a press release.

Up first for the Bulldogs was Garner-Hayfield-Ventura, and the home team rolled to a 74-6 victory. The next matchup was against Southeast Polk JV, which had several tough individuals, but Lake Mills still emerged with a 53-19 win.

The squad continued to dominate over the course of the next two duals, beating North Union 81-0 and North Butler-Clarksville 62-15. 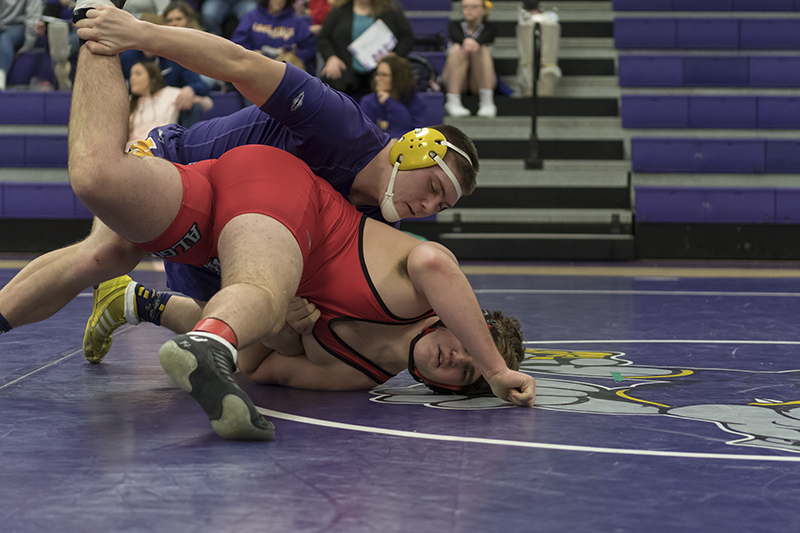 Lake Mills senior Max Johnson drives his opponent back to the mat Saturday at a home tournament. Johnson recorded his 100th career victory at the tournament. – Lory Groe/For the Albert Lea Tribune

“I liked our aggressiveness throughout the day,” coach Alex Brandenburg said. “The kids wrestled better and better as the day progressed.”

Algona also won its first four duals of the day to create a battle of the Bulldogs for the tournament championship. Lake Mills got an early lead and never looked back, winning by a 48-22 final.

“The effort in the last dual was very good,” Brandenburg said. “It was a good day of wrestling and nice to win our home tournament.”