Bulldogs on a roll 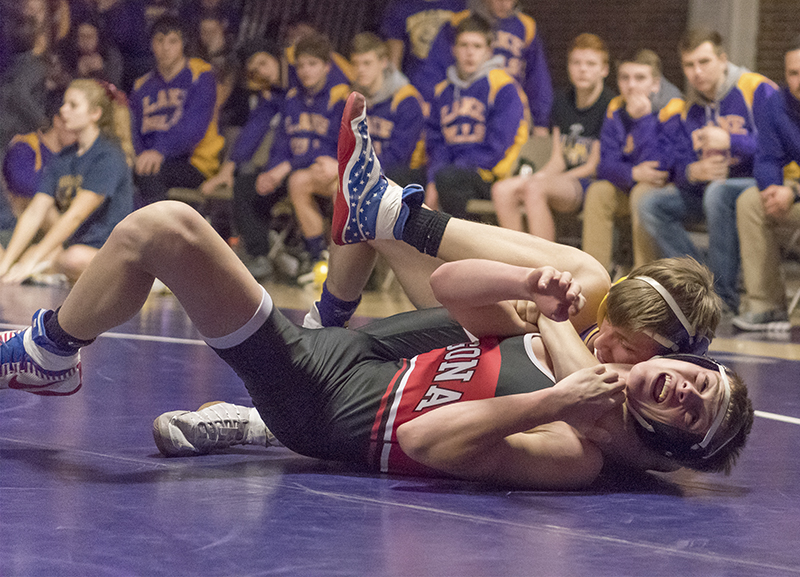 Lake Mills senior Kyle Berry puts his Algona opponent on his back Thursday at home. The Bulldogs went 2-0 on the night with wins over Algona and Rockford. - Lory Groe/For the Albert Lea Tribune

The Lake Mills wrestling team hosted Rockford and Algona in a home triangular Thursday night looking to continue its reign of dominance in the 2019 season.

Lake Mills cruised to two easy victories, 84-0 over Rockford and 46-18 over Algona, proving why it belongs as one of the top-rated teams in the Iowa.

In the first dual the Warriors only fielded three weight classes, and the Bulldogs earned three pinfall victories in those matches. Senior Kyle Beery won by fall in 13 seconds, senior Zack Wagner won in 17 seconds and senior Max Johnson won in 16 seconds. The matches took a combined 46 seconds and handed the Bulldogs an 84-0 victory.

“They are pretty thin on numbers this year,” said head coach Alex Brandenburg. “It was the fastest dual I have ever seen with under one minute of wrestling total.” 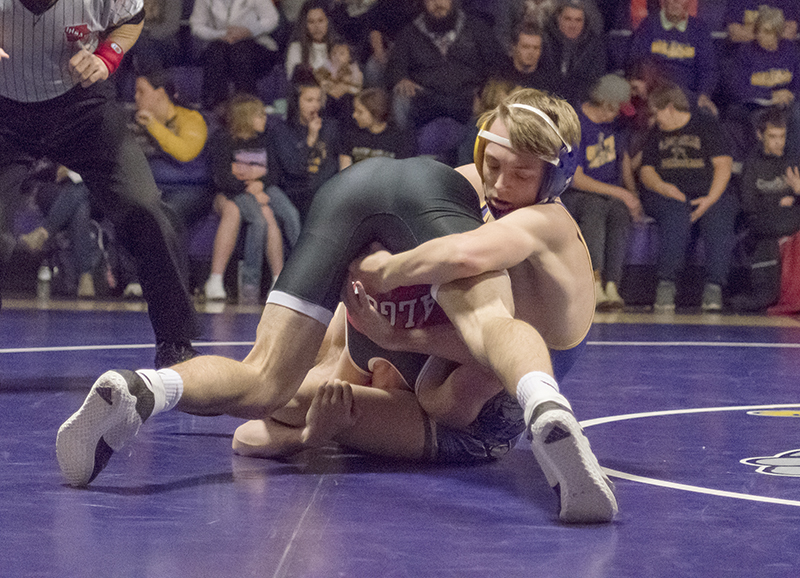 Algona would put up a slightly smaller fight, but it wouldn’t come close to taking down Lake Mills.

Three Bulldogs earned pinfalls in the dual: Wagner as well as juniors Drake Harnish and Tyler Helgeson. Berry won in a 15-0 technical fall, while sophomores Jack Ramaker and Casey Hanson each won via a major decision, 9-1 and 11-2, respectively.

Other Bulldogs earning victories were Johnson, senior Caiden Jones and freshman Brett Peterson. The Bulldogs dropped four matches in the dual, but their six bonus-point victories on top of their three decision wins kept them well ahead.

“Our kids wrestled very well against Algona,” Brandenburg said. “I can see our wrestlers are improving heading into the final weeks of the season.”

With just two weeks left until the sectionals meet, three Bulldogs are currently ranked in the top 10 according to thepredicament.com. Jones is ranked No. 6 at 138 pounds, sophomore Elijah Wagner is No. 4 at 160 pounds and Harnish is No. 7 at 182 pounds.

The two wins give the No. 4-ranked Bulldogs a streak of 21 straight dual wins, with their last loss coming at the hands of No. 3 Lisbon. They are 33-2 on the season and will wrestle again Thursday when they host the No. 14 (AA) Lions of Clear Lake.