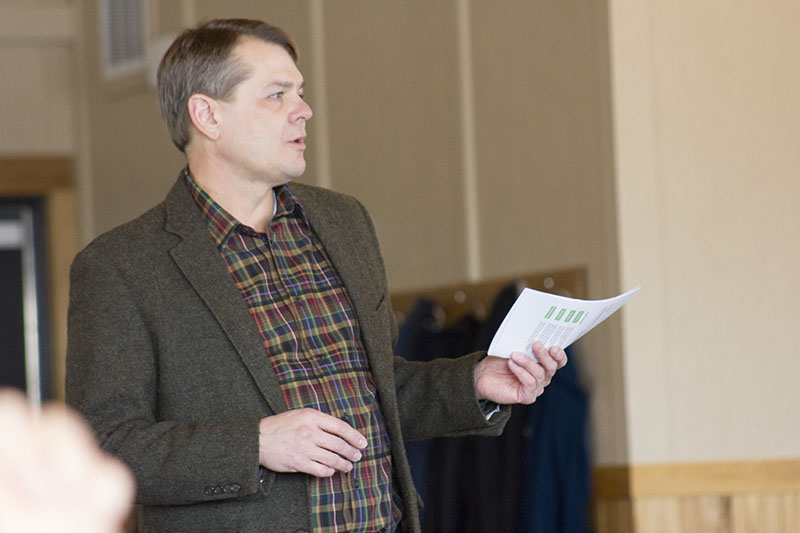 Local economic progress was on the menu Wednesday over the lunch hour at Edgewater Bay Pavilion for the annual Greater Jobs Inc. meeting.

Approximately 30 to 35 public sector and private business leaders were given an overview of the work done to grow the community.

“It was a smashing success,” he said.

Winning as a new business was Albert Lean Dori Etheridge, who is launching Peppered Cow, a food truck business. Winning as an existing business looking to expand was Kim Olson, who is hoping to grow Grandma’s Gourmets to offer co-packing and private labeling for other small businesses. 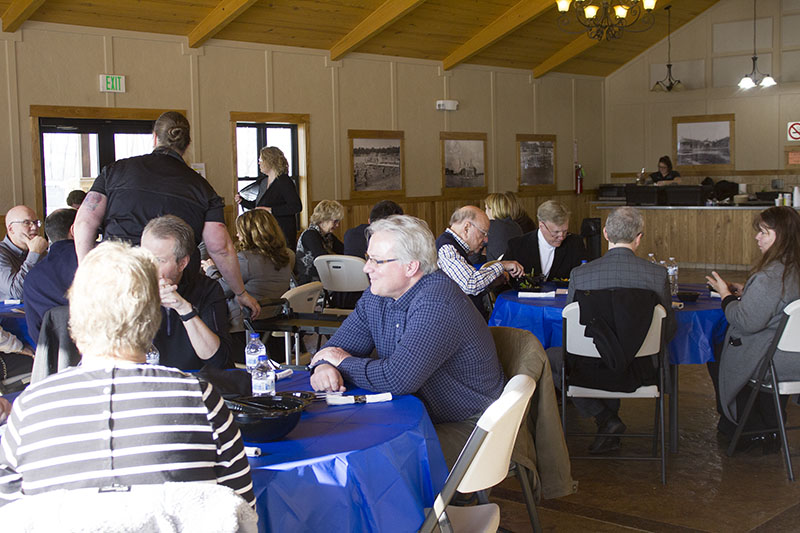 The winners were expected to receive a package of donated time and in-kind services from Brian Hensley of intellicents, lawyers Matt Benda and Abby Leach, Amber Bergland of Farm Bureau Financial Services and the Albert Lea Tribune.

Phillip Johnson, hired earlier this month to be ALEDA executive director, presented his background. Raised in Iowa, he attended Simpson College, where he played soccer for one year and double majored in history and political science.

He moved to Des Moines, Iowa, where he worked at the state treasurer’s office and Wells Fargo. He later moved to California, serving in the legal field before he worked at The Salton Sea Authority, a joint powers authority.

“This really popped up, and it’s been a godsend,” he said.

It was announced the $1,000 2018 C.E. “Charlie” Myers Scholarship was awarded to Drake University student Emma Grossman. According to Greater Jobs, the scholarship was established by friends of Charlie Myers and Jobs Inc. and is meant to pave the way for future development efforts.

Minutes of the 2018 annual meeting were approved and financial statements were reported.