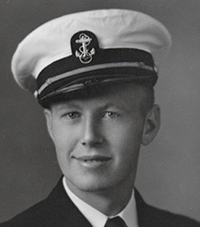 While a Navy cadet pilot, he met Lois Sederstrom at a St. Olaf College recital and he never left her side.

He graduated from the University of Minnesota and began a career in merchandising with JC Penney, managing stores at multiple locations. In 1968 he opened Peterson’s Department Store in Wells. After selling the store in 1985, Lois and Ed wintered in Sun City, Arizona. 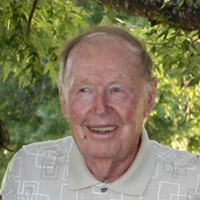