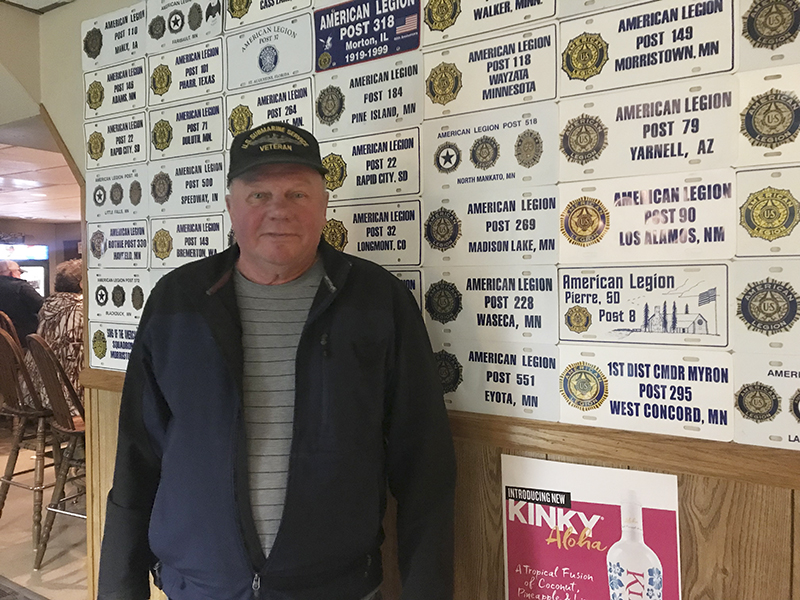 EMMONS — The Emmons American Legion will celebrate its 100th anniversary this year, and its commander hopes many more anniversaries will follow. The reality is, however, that the American Legion’s membership is aging and not being replaced with younger members.

“We take care of each other,” Cmdr. Jerry Thompson said of the 66 members.

Thompson is serving his third year as commander of the organization, though the post is typically only held by the same person for a year or two.

It’s just one of the ways that a lack of younger membership is hurting the group, as Thompson notes the membership of the Emmons color guard, which performs at the funerals of veterans, is mostly between the ages of 66 and 80. According to Thompson, it’s not a problem that is unique to the small community of Emmons. It can be found in larger communities such as Albert Lea, as well.

When originally founded, legions were an exclusive club that only served veterans.

“You can’t survive in a small town like this without being open to the public,” he said of the change.

The legion opens in the mornings for coffee and rolls, which is all done by volunteers when weather permits. Staff serve customers Saturday breakfasts from 7 to 10 a.m. as well as Wednesday night burger nights and Friday night dinners, which include main courses such as prime rib, chicken and shrimp.

Iverson was killed during the attack on Pearl Harbor. It took 75 years, but his remains were identified in 2017 and he was brought back to Emmons and buried next to his parents in the local cemetery.

While Thompson was too young to have known Iverson, his mother remembers seeing him in his uniform the night prior to his deployment. Yet, despite his lack of ever meeting him, Thompson still gets emotional when discussing Iverson’s homecoming.  His passion resides in bringing every soldier home, honoring them and providing them with a place to meet their brethren, who know what they’ve been through.