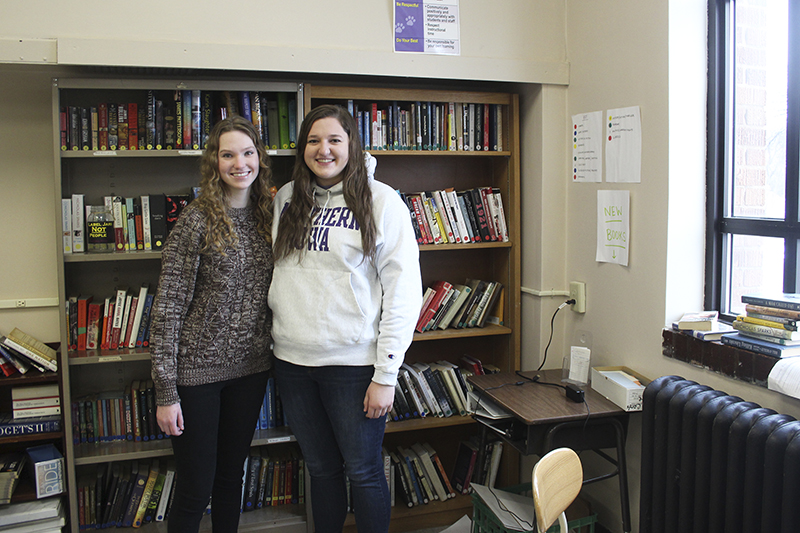 Lake Mills graduates Lily Thompson, left, and Lauren Scholbrock are two of 10 recipients of the Lake Mills Scholarship Foundation’s first year of scholarships, given out this year. In total, the foundation gave out $20,000 in scholarships. - Sarah Kocher/Albert Lea Tribune

LAKE MILLS — Thanks to a trifecta of large and small community donations as well as grants, Lake Mills seniors have one more scholarship opportunity to add to their list.

Principal Jim Scholbrock said the Lake Mills Scholarship Foundation was formed in 2017, with its first batch of scholarships given out to the class of 2018. Between donations and grants, the foundation gave out 10 scholarships altogether totaling $20,000, Scholbrock said: four worth $2,500 out of the general donation pool, five worth $1,000 thanks to donations from the Kvale family, and one for $5,000 funded by the Gaskill family.

“Lake Mills has been so supportive of education that we couldn’t imagine if we got a scholarship foundation together that people wouldn’t support it,” he said.

All students pursuing education beyond high school are eligible for the scholarships, though one $5,000 scholarship is reserved for a student pursuing a degree in education. 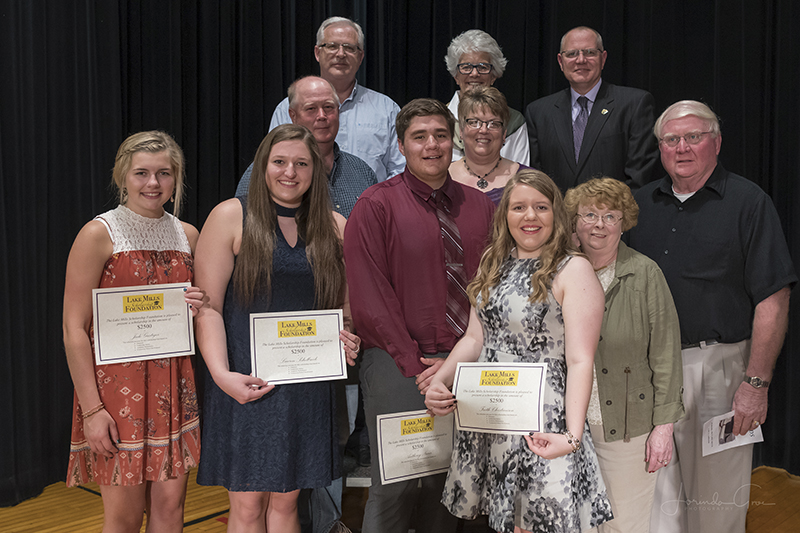 “They’re literally investing their money into your future,” Thompson said. “… Like, you obviously believe in yourself, but then when someone puts thousands of dollars in stock in your future, it’s just like someone else believes in you, too.”

Thompson is in a women in leadership and learning group and the federal TRIO program.

For fellow scholarship recipient Lauren Scholbrock, the scholarship has done for her what the principal — her father — said its intention was: to be substantial enough to help students offset the rising cost of a college education.

“Personally, I feel like … college freshmen struggle so much with the transition to college, and one of those being the financial burden of college, so I feel like having that scholarship, I was grateful enough to have some of that financial burden taken away, so it was a big part of making my transition to college easier,” Lauren Scholbrock said.

Lauren Scholbrock chose the University of Northern Iowa, where she studies health science and nursing with the intention of becoming a labor and delivery or psychiatric nurse. There, she’s involved in a sorority and a small church group. 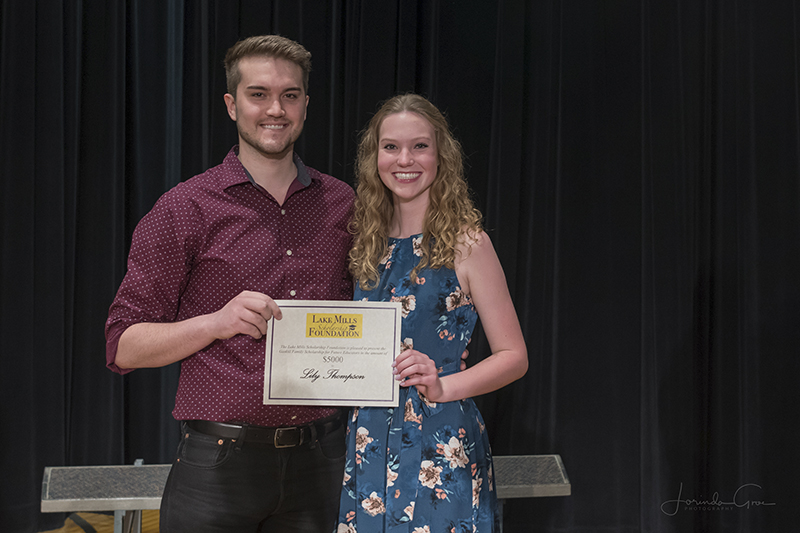 Lily Thompson, the 2018 recipient of the Gaskill Family Scholarship, poses for a photo with Marcus Gaskill in May. – Lory Groe/For the Albert Lea Tribune

“It was great to see the amazing support from our community through the scholarship foundation, and that we’re grateful for that, and that we’ve seen that support through our entire 13 years that we went to school here,” she said.

According to Jim Scholbrock, the reason the 501(c)3 foundation is able to offer scholarships to seniors — for the first time since he began considering how about a decade ago — is because of that same community support for education.

“With the support I’ve felt for education in Lake Mills in the 20 years I’ve been here, I can’t imagine this won’t be successful,” he said. “It already has been successful.”

So far, the committee has $11,000 of undesignated funds to be utilized in future scholarships.

The scholarships are one-time gifts, though Jim Scholbrock said students can defer the funds, which are split into two one-semester increments to support recipients for a full academic year, to a year other than their first should they choose.

The Lake Mills Scholarship Committee did not set a fund goal for scholarships, he said. The goal is to be a vehicle for people who want to contribute to students and the school. To help facilitate that, Jim Scholbrock said the foundation is preparing for the long-term. It has set up an investment committee establishing investment guidelines and protocols. It’s not about pressuring people into donating, but it is about being prepared, the principal said.

Getting to this point was a lot of paperwork, but the resulting funds for 2018 graduates surpassed Jim Scholbrock’s personal expectations, he said, and for that, he thanks those who made this year’s scholarships a reality.

Those who wish to donate to student scholarships through the Lake Mills Scholarship Foundation can contact a board member or send a donation to PO Box 61 in Lake Mills. 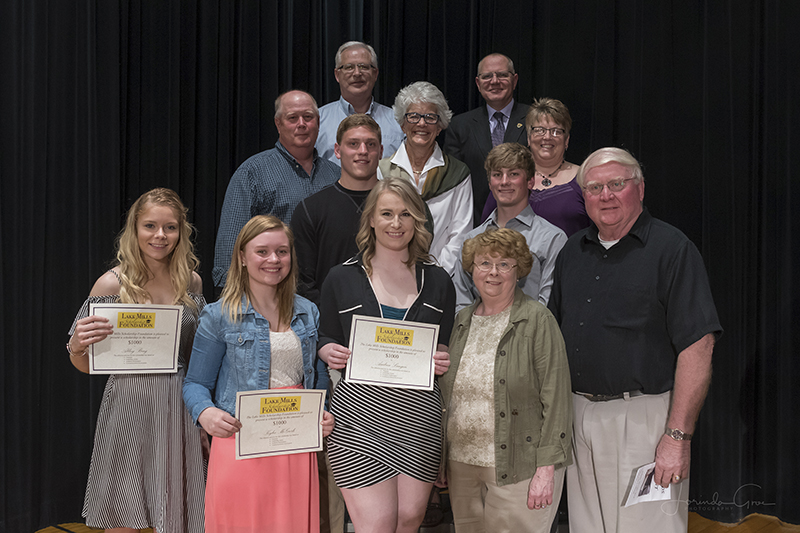