A celebration of life for James Eckert will be at 11 a.m. Feb. 4 at Alternative Cremation, 2377 North Academy Boulevard in Colorado Springs, Colorado. Jim died Tuesday, Jan. 15, 2019, at Penrose Hospital hospice in Colorado Springs. He was 55. 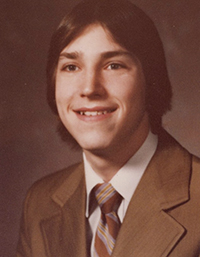 Jim was born April 15, 1963, in Albert Lea to Lynwood (Bud) and Lavonne Eckert. He grew up in Albert Lea and was a member of Salem Lutheran Church. Jim graduated from Albert Lea High School in 1981. He was active in hockey during his school years and played on the Veterans of Foreign Wars and high school hockey teams. After high school Jim worked at various jobs, including as a cook, chef and in construction in Minnesota, California and Colorado. Jim then went to Rochester Area Vocational Technical Institute for carpentry and received his diploma in 1987. He moved to Colorado, where he continued in the construction business.

Jim is survived by his sister, Patricia Nelson, and her husband, Brad, of Groveland, California; and brother, Larry Eckert, and his wife, Sue, of Apple Valley.

Jim is preceded in death by his parents Lynwood (Bud) and Lavonne Eckert and his sister, Pamela.