Memorial services for Joan K. (Lemke) Bagley, 88, of Albert Lea will be at 4 p.m. Saturday at East Freeborn Lutheran Church. The Rev. Matt Griggs will officiate. Interment will be at East Freeborn Cemetery at a later date. Friends may greet the family two hours prior to the service at the church Saturday. Online condolences are welcome at www.bayviewfuneral.com. 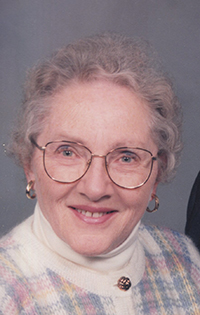 Joan Katherine (Lemke) Bagley was born Aug. 4, 1930, in Albert Lea, the daughter of Claus F. and M. Irma (Stoner) Lemke. She grew up in Albert Lea, graduating from Albert Lea High School in 1948. She went on to nurses training in Chicago.

She grew up in First Presbyterian Church and later became a member of East Freeborn Lutheran Church, where she was part of the mission circle, altar guild, Sunday school superintendent, a trustee and service divisions. Joan liked gardening, canning, cooking, baking, quilting and knitting — she made well over 200 Christmas stockings. She loved spending time with family and friends.