Just one of the team 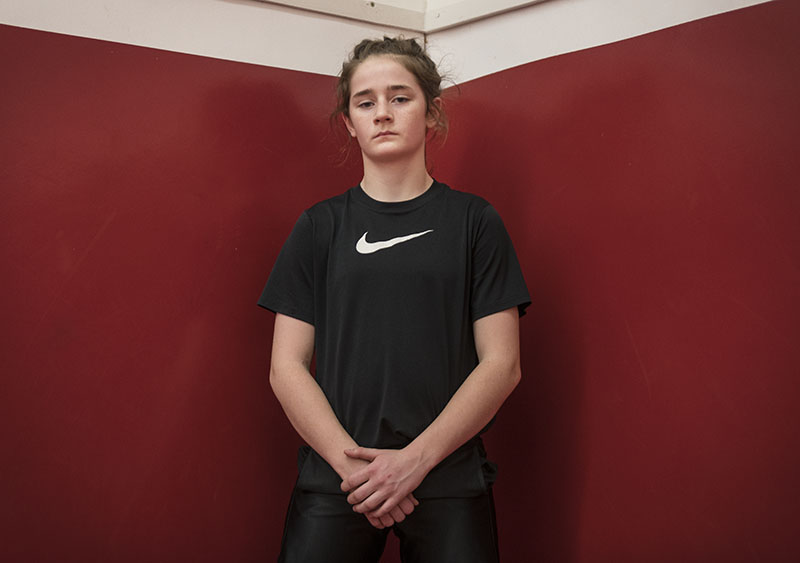 NRHEG wrestler is the first female in program’s history

NEW RICHLAND — It’s not uncommon for a seventh-grader to be wrestling at the varsity level for NRHEG. But to be that young and also female? That’s a first.

According to head coach Shawn Larson, Annabelle Petsinger is the first female wrestler in the history of the high school’s varsity or junior varsity programs.

Petsinger, 13, has been wrestling since she was a child — about 3 years old, she said. Her grandmother started her wrestling with other children, and she has grown up wrestling with her older brother, Nick, a freshman who also wrestles for the Panthers and gives his sister tips from time to time. She said all of her uncles wrestled, too.

The Ellendale native is in her first year of wrestling for the varsity team, where she wrestles in the 106-pound weight class — 113 in conference meets, as she said the 106 class is being cut out.

Petsinger doesn’t recall an age where she wasn’t wrestling.

She previously wrestled for the JV team last school year, and wrestled in elementary programs before that. She also plays volleyball and softball, and plans to try track and field this spring.

For girls who aren’t sure if they’d be welcome on the mat?

The teenager said there are already women’s divisions for freestyle and Greco-Roman wrestling, and they exist for a reason. Women wrestle.

Petsinger said girls should at least give the sport a try if they have an interest in it, as long as they understand it will take time to improve.

To Larson, Petsinger has earned her spot on the team. She’s one of his most reliable athletes, showing up to every practice — even over the holidays — and always giving 100 percent.

“She’s always trying to find a way to be better,” he said. “She’s the kind of wrestler every coach wants in the room.”