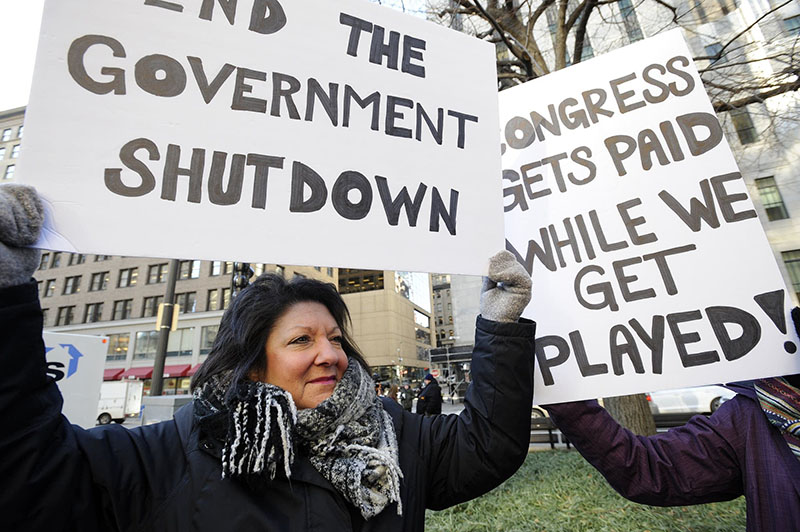 Hours before the U.S. Senate rejected two proposals to end the partial government shutdown, Minnesota’s largest business group urged the state’s congressional delegation to come together to end the shutdown. The Minnesota Chamber of Commerce’s 2,300 members employ half a million people throughout the state.

President Doug Loon said it’s a farce to think that having workers deemed “non-essential,” and off the job is somehow inconsequential to the economy.

“It clearly is a potential threat to the economy,” Loon said.

With the shutdown in its second month, Loon said lawmakers need to stop battling and start governing.

“This is a great example of recognition of the role of government and being responsive to the private marketplace so that we can continue with our economic growth,” Loon said.

Asked whether the chamber blames one side or the other for the impasse, Loon said both sides need to recognize that it’s time to commit to finding a comprise so government can be reopened.

Loon said the chamber decided to put pressure on Minnesota’s delegation with its letter because it’s concluded the shutdown and the uncertainty around it is causing “significant and possibly lasting damage to businesses and the economy.”

The same afternoon the U.S. Senate rejected both a Republican and a Democratic proposal to restart the government.

“If a business is waiting on a permit, let’s say, from PCA (Pollution Control Agency) that relies on the EPA input, ‘How long can that go on before that project can proceed?’” Loon said. “Okay, we can wait a while, but over time it has a consequence on the economy and that is significant as we look at (the) outlook for our state’s growth,” Loon said.