A Kiester man who allegedly molested a 15-year-old girl he knew is facing a felony charge in Faribault County District Court. 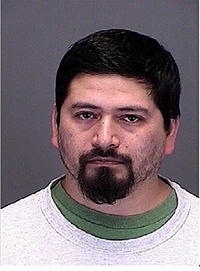 Court documents state Lopez was charged after a Faribault County Sheriff’s Office deputy responded to a call of inappropriate touching of a 15-year-old girl.

The alleged victim said Lopez had inappropriately touched her for about one year.

Lopez turned himself in at the jail Sunday. On Monday, Judge Troy Timmerman set conditional cash bail for Lopez at $2,000 and conditional non-cash bond at $20,000.

Lopez’s next court appearance is scheduled for Monday.