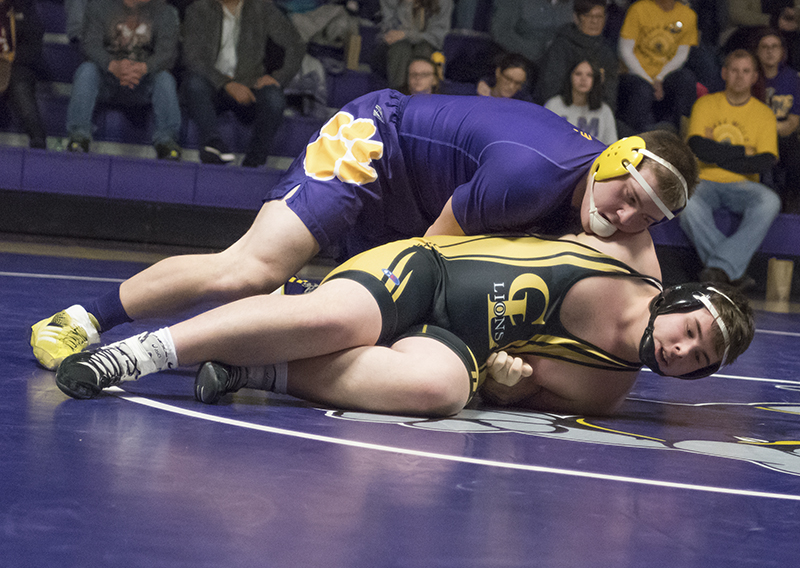 Lake Mills senior Max Johnson turns his Clear Lake opponent to his back Thursday night at home. Johnson would go on to get the pinfall, as the No. 4 Bulldogs defeated the Lions 44-24. - Lory Groe/For the Albert Lea Tribune

The Bulldogs grabbed the lead after the second match and never looked back, winning 44-24.

Even though they only had a slight advantage in wins (8-6), the Bulldogs racked up 20 bonus points, compared to only six by the Lions.

“Our team did not wrestle very well tonight, but I was happy we did not give up a lot of bonus points in the losses,” head coach Alex Brandenburg said. “This is important heading into regional duals, which are in about a week and a half.”

The win helped cap a tremendous regular dual season, as the team finished 34-2.

“I am very proud of this group of kids,” Brandenburg said. “We lost a really good group of seniors last year, and this year’s squad has kept the bar high.”

Lake Mills remained ranked No. 4 in the most recent pole and will host Regional Duals on Feb. 5 with a chance to qualify for state duals for the fourth straight year.