Live music is a staple at The Bend 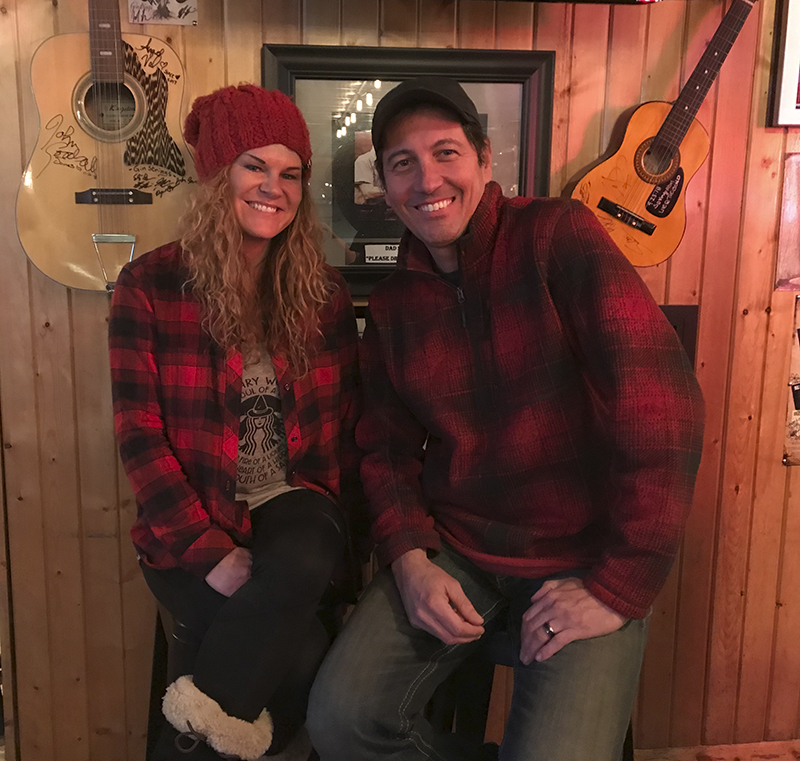 Gina and Jeff Monacy pose in front of the music memorabilia on the wall at their bar, The Bend in the Road, in Manchester. - Kelly Wassenberg/Albert Lea Tribune

MANCHESTER — Gina Monacy, who owns The Bend in the Road with her husband, Jeff, will celebrate her 40th birthday next weekend — and everyone’s invited.

Gina Monacy said she was afraid her schedule might bring her away from the bar for her birthday, but was happy when the date stayed clear on her calendar.

“I definitely want to be here and celebrate with all my friends and our patrons,” she said.

The event will start with a performance by Chris Bertrand from 4 to 7 p.m. Jan. 19.

“He’s been popping up more and more in this area,” Gina Monacy said. “If you’re not familiar with Chris Bertrand, he is an amazing acoustic musician — so I’m really excited to have him performing for my birthday.”

The party will continue after Bertrand’s last set.

DJ entertainment will also be provided by Becca from 8 p.m. to midnight and customers will be able to order off The Bend’s recently expanded menu, which includes new Moscow mules and flatbreads.

The music scene at The Bend definitely has a following, but Jeff Monacy said it’s just part of what they do.

“We just want to have a good vibe, where everyone is comfortable, good music, good food and good signature drinks,” he said. “Something for everyone,” his wife added in unison with him.

They don’t just cater to fans of one type of music.

She has worked over the last year and a half to network with bands and promoters alike to bring in new music to the bar. Some artists are familiar to the area, while others are not. Promoters will often send them links to bands they are unfamiliar with.

The musical calendar at The Bend is growing with most weekends booked with live entertainment through August. The bar’s Facebook page is kept up-to-date with future events.

The couple also plan to find a way to celebrate their two-year anniversary, which will be this June.

Despite the hectic schedules since opening, the Monacys are adjusting well to their role as business owners.

“We’re learning how to grow with the business and keep up with everything,” Gina Monacy said.