A Little Falls man who allegedly led officers on a more than 115-mph chase Friday in Iowa and Minnesota was charged with a felony Friday in Freeborn County District Court. 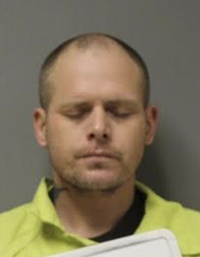 Jeremy Douglas Schuman, 35, is charged with fleeing a peace officer in a motor vehicle and misdemeanor driving after revocation.

Court documents state Schuman was charged after two Albert Lea officers were notified from Worth County at about 2:15 a.m. Friday that they were in pursuit of a vehicle traveling north on Interstate 35.

As an Albert Lea officer approached the entrance ramp to I-35, he saw a Worth County squad car pursuing the vehicle, court documents state, and at one point during the chase, the Albert Lea officer observed himself to be traveling 116 mph.

The suspect vehicle allegedly hit the stop stick at the Interstate 90 exit, which deflated the left front tire, and the vehicle traveled another approximately 1.5 miles before stopping, court documents state.

Schuman was allegedly defiant after the chase and did not completely comply with officer demands. His license was revoked at the time of the chase, court documents state, and he has six driving after revocation convictions since 2003.

As a result of Schuman leaving the courtroom early, Leuning revoked conditional release and set unconditional bail at $50,000.

Schuman’s next court appearance is scheduled for Jan. 17.