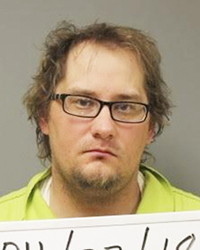 By entering the plea to second-degree criminal sexual conduct, Timothy Thomas Schilling, 29, contended his innocence but acknowledged the prosecution would have had enough evidence to convict him of the crime.

Court documents state Schilling was charged after the alleged victim said Schilling molested her in a series of incidents.

Sentencing is scheduled for March 29.

Schilling is expected to receive no executed jail time, be placed on probation and ordered to complete a psychosexual evaluation. He will be required to register as a sex offender.