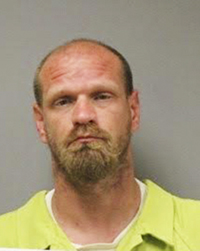 Nelson’s plea came more than seven months after Cody Lee Hanson was sentenced to nearly two years in prison after pleading guilty to second-degree assault with a dangerous weapon in April in connection with the case.

Court documents state Nelson was charged after law enforcement investigated a report of an assault July 17, 2017. The victim stated he traveled with another person in a vehicle to a residence in the Albert Lea area July 16, 2017, falling asleep after he drove the vehicle into a large shed on the property.

He reported he was woken up early in the morning of July 17, 2017, by Hanson beating on the dashboard of the vehicle. He struck him in the back of the head with a timing chain and punched him twice in the left eye.

The two allegedly moved the victim to the back seat of the vehicle and attempted to tie him up with plastic zip ties, court documents state. After he was able to break free from the zip ties, they tied him up by his hands and feet with an extension cord.

The assault took place because Hanson and Nelson were looking for drugs, according to court documents.

The men reportedly stole a CD player and front passenger and driver’s side speakers from the doors, and Hanson found $2,250 in cash and one-fourth to one-half of a gram of methamphetamine.

The victim was later able to exit the vehicle they were in, and the two men left after the victim called for help.

Nelson is scheduled to be sentenced March 1. Walker said Nelson could receive jail time and is expected to be placed on probation.