Multiple crashes reported on I-35 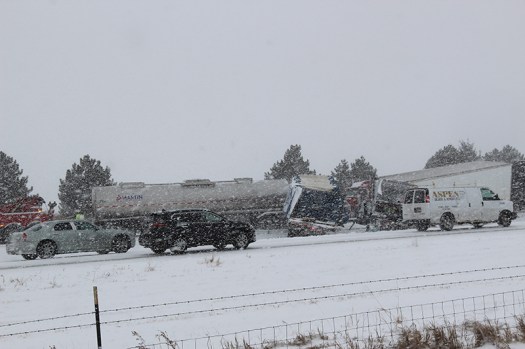 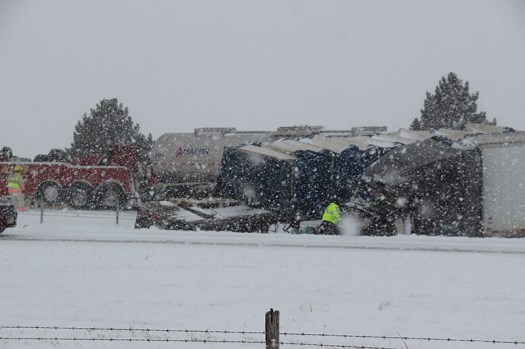 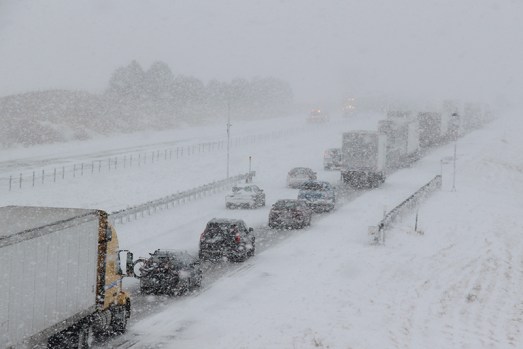 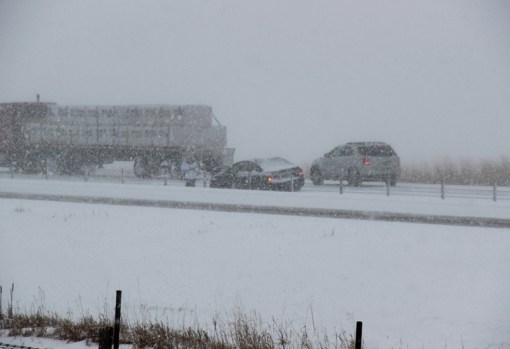 A car could be seen in the median Friday afternoon on Interstate 35 north of Albert Lea. Sarah Stultz/Albert Lea Tribune 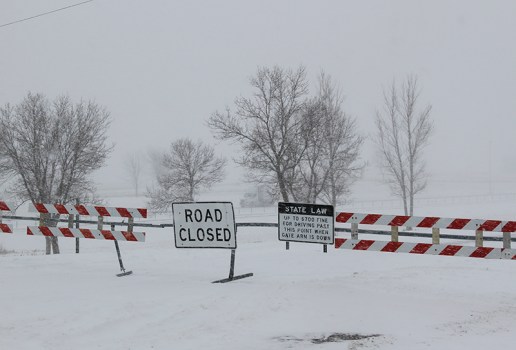 The ramp to southbound Interstate 35 was closed for a while Friday afternoon in Clarks Grove. Sarah Stultz/Albert Lea Tribune 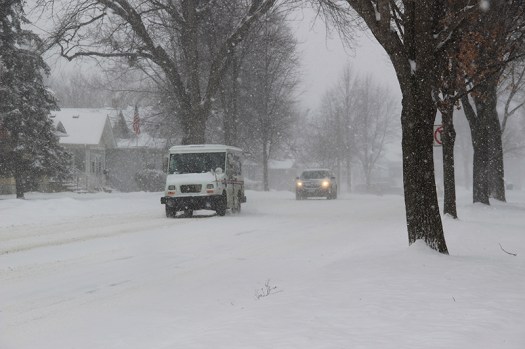 Heavy snow fell on Albert Lea most of the day on Friday. Sarah Stultz/Albert Lea Tribune 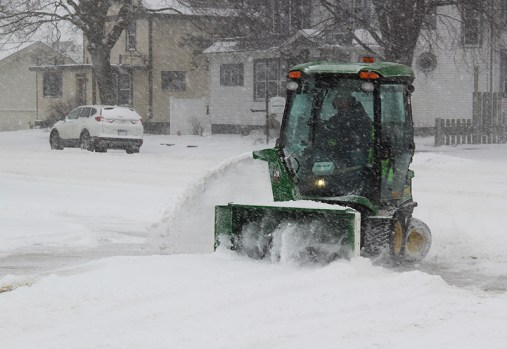 Crews could be seen out clearing sidewalks Friday afternoon in Albert Lea, including this worker in front of City Hall. Sarah Stultz/Albert Lea Tribune

Numerous crashes were reported on interstates 35 and 90 Friday, as winter weather returned with a vengeance to southern Minnesota.

The southbound lanes of I-35 from the Clarks Grove exit to near Albert Lea were closed for several hours because of jackknifed semitrailers and were ultimately reopened as of 8:30 p.m. Friday.

At 1:25 p.m. Friday, two Albert Lea women were injured after their car rear-ended a snowplow in the southbound lanes of I-35 south of Clarks Grove at milepost 16.

According to the Minnesota State Patrol, Adriana Lazaro, 34, was the driver of the 2011 Acura Sedan and was taken to Mayo Clinic Health System in Albert Lea for her injuries. A passenger, Isidro Lazaro, 62, was also injured and was taken to the hospital. Both injuries were not life-threatening.

A second passenger, Jose Huerta, 33, of Albert Lea, and the driver of the snowplow, Adam Wacholz, 33, of Hollandale, were not injured.

At 1:50 p.m., four semis southbound on I-35 near the same milemarker lost control in snowy and icy conditions and collided with each other.

Three of the four semi drivers were not injured. The fourth driver, Viktor Yermakovich, 45, of Albertville, who was driving a 2018 Volvo 80000, was taken to Mayo Clinic Health System in Albert Lea for an injury that was not life-threatening.

Both vehicles were southbound on I-35, south of the Clarks Grove exit.

The State Patrol report indicates both Cain and Cochran were injured. Cain was taken to Mayo Clinic Health System in Albert Lea.

The National Weather Service stated snowfall amounts of 6 to 10 inches were likely in the warning area, with amounts near 12 inches possible from St. James over to between Owatonna and Albert Lea.