Playing basketball together since third grade 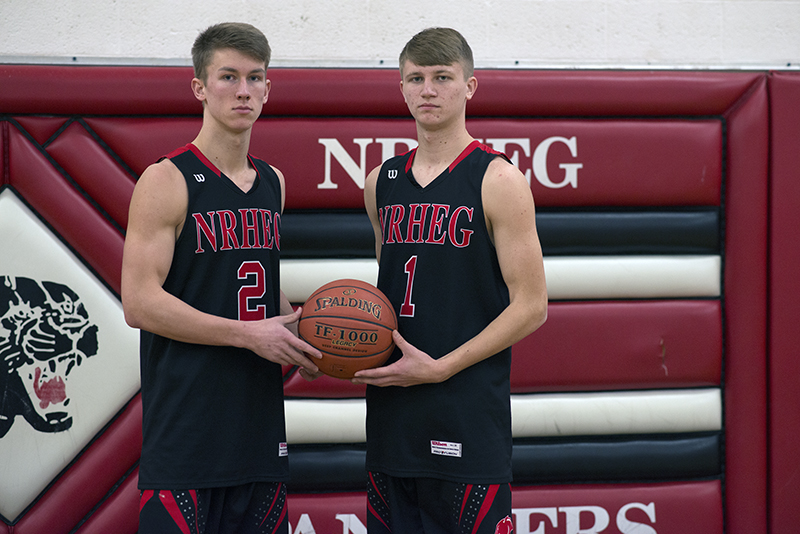 NRHEG seniors Brady Agrimson, left, and Jacob Schuller have played basketball together since third grade. The lifelong next door neighbors started practicing together even earlier on the hoops in their driveways. - Tyler Julson/Albert Lea Tribune

Love of the sport started by shooting hoops as neighbors

NEW RICHLAND — Ever since the third grade, NRHEG teammates Jacob Schuller and Brady Agrimson have played competitive basketball together. Now, as seniors of the boys’ basketball team, both players hope to end their high school careers on a high note.

Not only have the 6-foot-5-inch forwards played on the same team for 10 years through school, they also grew up as next door neighbors. Each of them having a hoop in their driveway allowed them to get shots up and play with each other from a young age.

Schuller said it was those times in the driveway that persuaded him to join the basketball team.

“Just going out in the driveway and shooting hoops is really what got us into it,” he said.

“I liked it from the start,” Agrimson said. “It’s something that I was good at, so that was a plus.”

They said they used to play quite a bit together at home — especially in the summer, when they said it was almost an everyday occurrence. Agrimson said every once in a while they would toss a football around, but for the most part, it always came back to basketball.

All that extra time together allowed them to become two of the standout players on this year’s Panthers varsity team. Although this is Isaiah Lundberg’s first year as head coach, he has spent the previous 15 years as an assistant coach for the team, giving him a lot of experience with the duo as they grew over the years. 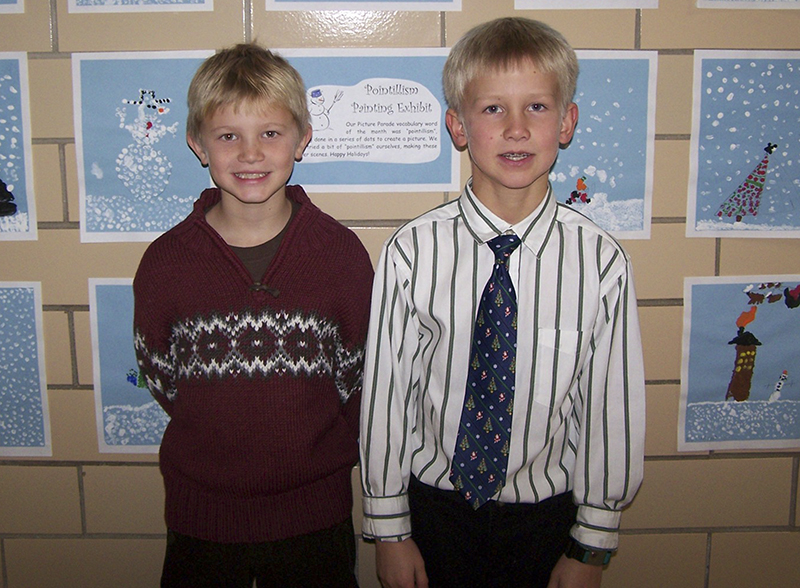 “They lead by example, they work hard and they don’t complain,” Lundberg said. “We do a lot of repetitive things in practice and that can suck, but they still do it and they’ve been doing it for years.”

So far this season, the Panthers are 7-10, and both players are optimistic the team will reach the subsection championship game played at Minnesota State University-Mankato. On top of similar goals, they also had the same favorite basketball moment. Both said Agrimson’s alley-oop pass off the backboard for a Schuller dunk was their top memory of their basketball careers.

One difference between the two is their favorite basketball player. Agrimson looks up to Oklahoma City Thunder guard Russell Westbrook for his ability and power around the rim, while Schuller likes Boston Celtics forward Jayson Tatum for his overall agility and smoothness.

On top of playing basketball, Agrimson and Schuller are both on the football and track and field teams. However, both of them said basketball was at least tied for their favorite sport to play.

“I like the team part of it,” Agrimson said. “All five players have to be on the same page to be successful and I really like that.”

Even after graduation day, the pair might continue their athletic careers together. Both Agrimson and Schuller are strongly considering heading to Wisconsin-River Falls to join the football team. Each have already been in contact with coaches at the school and have been offered to play there. Depending on the rest of this season, Schuller said he is also thinking about playing basketball there.

Whichever path each of them decide to choose, there’s no doubt the lessons they’ve learned in sports will have a lasting impact. 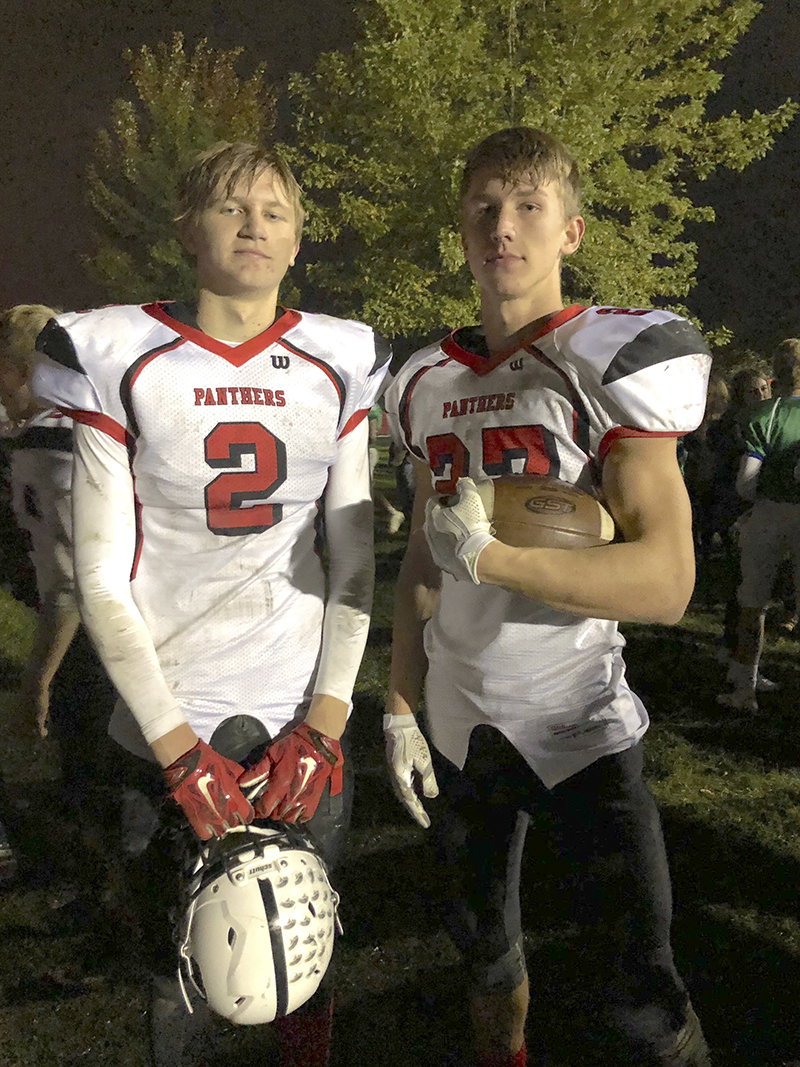 Both Schuller, left, and Agrimson are considering continuing their athletic careers by playing football at Wisconsin-River Falls. – Provided