Prairie Profiles: King of the castle 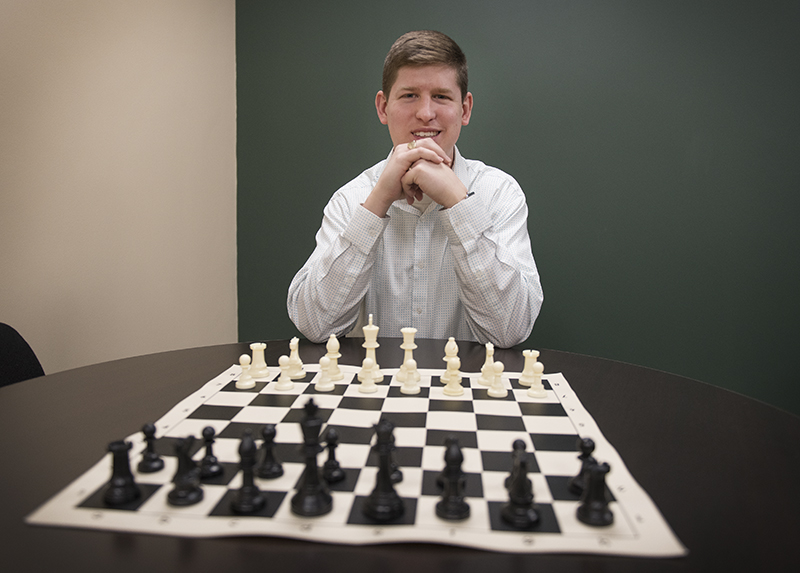 For one local man, a game he played growing up has turned into a way to give back to his community.

David Kramer Jr. has been in Albert Lea for about eight or nine years. Originally from Hutchinson, he got involved with Business Network International, where he met Dennis Dieser, who was also friends with Kramer’s Edward Jones branch manager. Dieser, executive director of Albert Lea Family Y, had mentioned in the BNI group that he was looking for another person to help organize one of the Y’s chess clubs.

“You know, I should do that,” Kramer said he thought to himself. “It’s a good way to give back to the community.”

Having played chess since he was a child and having been part of an elementary school chess club, Kramer decided to step in as the adviser to the middle school chess club at the Y. He’s now in his third year with the club. It meets once a week during the school year, starting around MEA week and running through March. The club has two tournaments a year — one closer to Christmas and the other toward the end of the club’s playing year.

Kramer’s job within the group is to be there for support, to make sure players understand the rules and are keeping things civil. He often starts the group off with an exercise at each meeting, before attendees break off into their own games. If another participant is needed, then Kramer will play, too.

While attendance fluctuates, Kramer said there is a core group of about five students who regularly attend. Children are welcome to join at any point in the school year, and can do so by filling out a permission slip from the Y.

The club keeps track of wins, losses and how many games and exercises each person has participated in. Kramer said he gives them all chess key chains, and has books and chess sets players can win.

Kramer said there’s one member who participated in an elementary chess club previously, but most of the other participants were novices when they first started with the club. He said those new to the game really enjoy the exercises — which can be anything from completing a worksheet to drawing out chess moves on a board — as much as the game itself when they first start up with the club. Students go from not knowing the names of different chess pieces to being some of the more experienced members of the group fairly easily, he said.

The club is a way to get children off “screen time,” even if just for a little bit, Kramer said, and chess can teach them discipline, structure and how to accept possible defeat, among other life skills.

“It gives them a different way of looking at the world,” he said.

“I do set the expectation that sometimes you’re going to have the disadvantage, and you’ll just have to do the best you can.”

Interesting fact: was in Cub Scouts and Boys Scouts growing up