Probation for man who strangled woman

A Freeborn man who strangled someone he knew in July was placed on probation for up to four years Thursday in Freeborn County District Court. 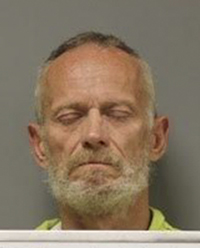 Dennis Carl Christensen, 58, was sentenced after pleading guilty in November to domestic assault by strangulation.

While on probation he is expected to not use or possess firearms, ammunition or explosives; complete a chemical assessment and comply with all recommendations; not enter bars or liquor stores; submit to random testing and follow other requirements.

Christensen was sentenced to a stayed one year and nine months sentence in prison while he serves probation. If he violates probation, he could serve the sentence.

Court documents state Christensen was charged after deputies responded to a report of a domestic assault July 15 in Gordonsville.

The victim said she was in the living room playing a game when Christensen began complaining about a rumor, threw her phone into the dining room, screamed at her and “took his arm and shoved it under (her) chin,” after she used her foot to push him out of her face, court documents state.

In a separate file, Christensen was charged with fifth-degree meth possession and a domestic abuse no-contact order violation, but that file was dismissed.