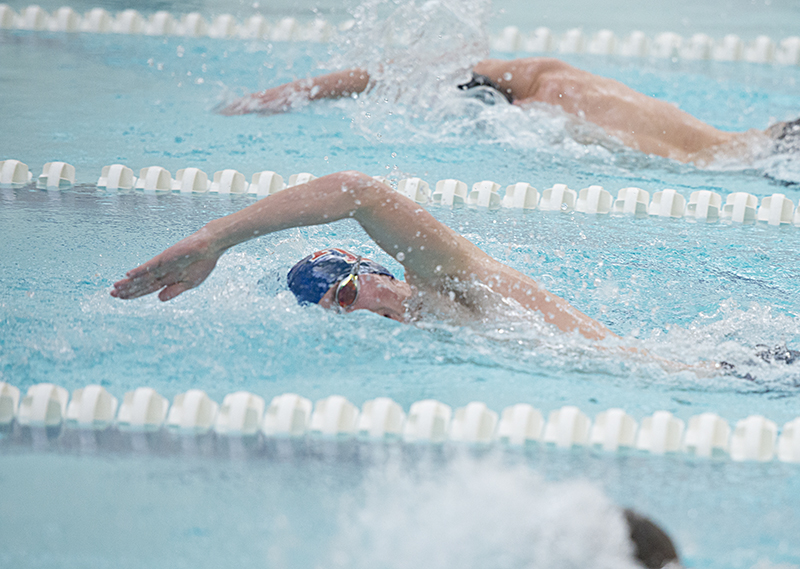 Albert Lea junior Garrett Everett finished in second place in the 100-yard freestyle with a time of 57.39. He was just .23 seconds off the first-place finisher. - Tyler Julson/Albert Lea Tribune

Despite finishing in second place in two races, the Tigers’ small lineup was no match for the large number of Scarlets, as they swam away with the meet.

In the first race of the night, the team of freshman Jakob Malakowsky, eighth-grader Pacey Brekke, sophomore William Taylor and junior Garrett Everett took fourth place in the 200-yard medley relay with a time of 2:12.71. Taylor was up again a short time later, in the 200-yard individual medley. He grabbed his second fourth-place finish with a time of 2:33.17. 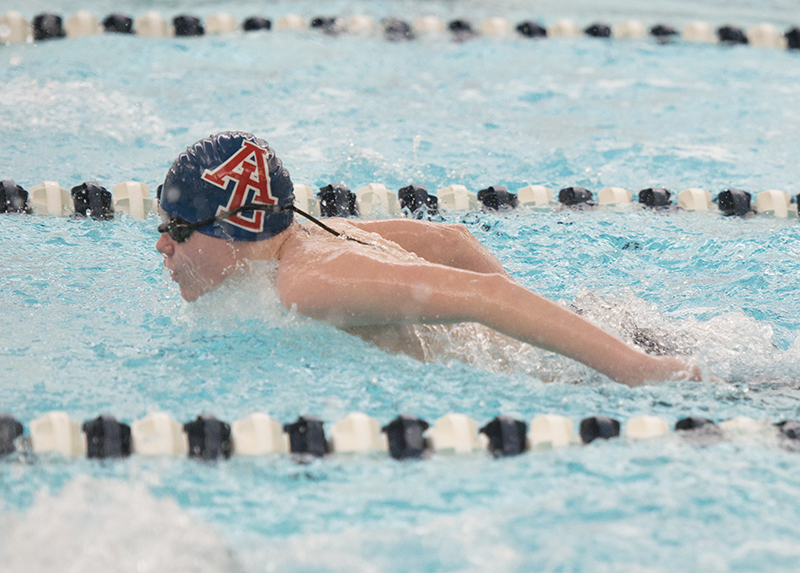 Junior Thomas Lundell, Everett, Wagner and Taylor then took second place in the 200-yard freestyle relay with a time of 1:49.53. Malakowsky and Wagner ended their night with a fourth- and fifth-place finish in the 100-yard backstroke, respectively. Malakowsky finished in 1:17.30 and Wagner in 1:24.63.

In Albert Lea’s final race of the meet, Lundell finished fourth in the 100-yard breaststroke with a time of 1:24.45.

The Tigers will end their home season Thursday when they host the Falcons of Faribault before heading to Rochester for the Big Nine Conference meet Feb. 9.