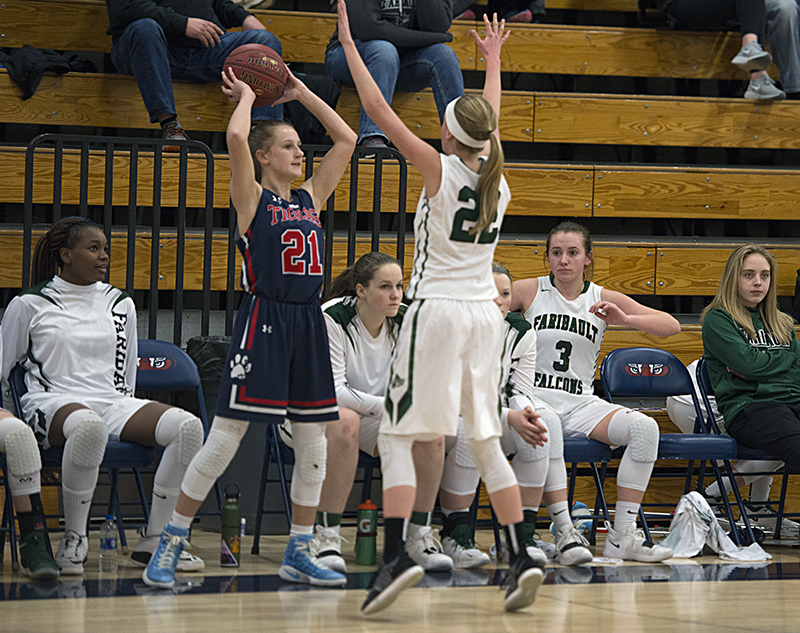 Albert Lea’s slow second half sinks them vs. Faribault

After losing to them in an overtime game earlier this season, the Albert Lea girls’ basketball team hosted Faribault Friday night in an effort to even the season series at one game a piece.

Despite an early lead, the Tigers were unable to hold it and fell victim to a large second-half run by the Falcons, falling 61-38.

Albert Lea started the game out on a hot streak. Although Faribault scored the first points of the game, Albert Lea scored right back and then some, getting out to a 13-5 lead. A large chunk of that run came thanks to junior Samantha Skarstad, who was all over the court. On top of the rebounds and steals, she scored the first six points to start the Albert Lea run.

Despite the early eight-point lead, the Falcons slowly but surely started to climb back into the game. The Tigers struggled to break the press from the Falcons, and with about five minutes left in the half, the Falcons took the lead back.

Albert Lea tacked on a few more baskets before the end of the half, but Faribault started to pull away. Despite an eight-point lead earlier in the half, Albert Lea would go to the break down 28-23. 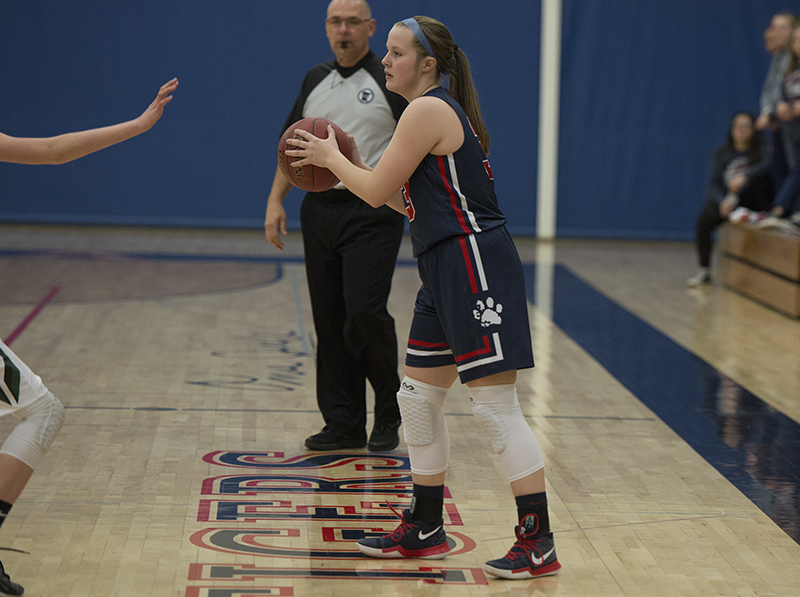 Ball movement was a bright spot for the Tigers in the first half, with six players putting up points on the board. Skarstad led with six, and eighth-grader Kendall Kenis and sophomore Isabel Wilson were right behind with five points each. Freshmen Taya Jeffrey and Jordan Juveland, and freshman Annika Veldman combined for seven.

Faribault came out in the second half carrying its momentum from the late portion of the first half. Albert Lea struggled to score in the beginning of the half, the first points coming after a lay in from Jeffrey six minutes into play. However, by that time Faribault had built up a 38-25 lead.

The Tigers offense would continue to struggle throughout the rest of the game, scoring just 11 points in the second half to the Falcons’ 33.

Jeffrey came back to lead the team in scoring with nine points; Skarstad had eight, Kennis had seven and Wilson was held scoreless in the half, staying at five points. Juveland totaled five points, while Veldman had two. Sophomore Mallory Luhring also got on the board in the second half with two points. Junior Ashley Butt also scored her first points of the game in the second half, totaling two points for the game.

The Tigers fall to 3-15 on the season and will play again Tuesday when they host the 3-11 Winhawks of Winona. The Winhawks came out on top 60-54 in their previous meeting this season.