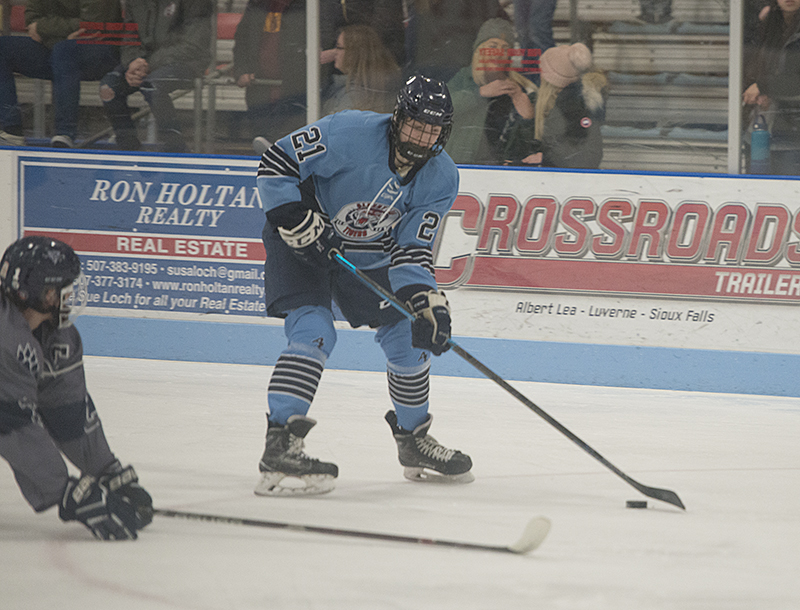 Despite a 0-0 ending to the first period, the Tigers stormed back with three goals in both the second and third periods to crush the Panthers 6-1.

The first period was uneventful for both teams, with Albert Lea and Century each picking up two fouls in the period. Senior Jaxon Heilman had his work cut out for him in the period, making multiple close saves to keep Century off the scoreboard.

Nearly midway through the second period, the Tigers found the back of the net for their first goal of the game. The goal came from sophomore Blake Ulve and was assisted by sophomore Isaiah VanRyswyk. Less than 30 seconds later, however, the Panthers responded with a goal of their own, tying the game at 1-1. 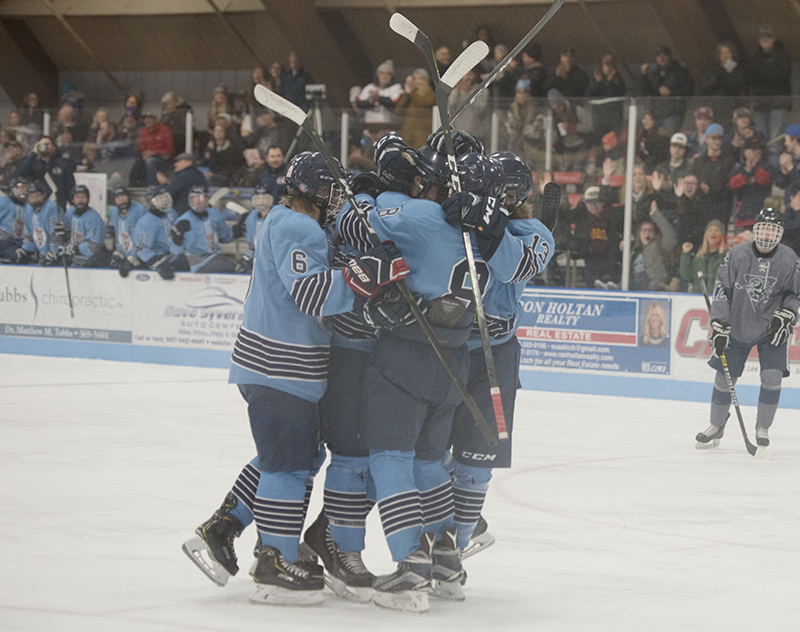 The Tigers celebrate the goal that put them ahead 3-1 at the end of the second period against the Panthers. – Tyler Julson/Albert Lea Tribune

With less than four minutes remaining in the second, sophomore Samuel Witham put Albert Lea back on top with a goal assisted by senior Jack Edwin. Sophomore Markus Dempewolf then extended the lead to two goals with under a minute to go in the period, assisted by Caden Severtson.

Already with a commanding 3-1 lead, the Tigers added three more goals in the third period. Ulve scored his second goal of the game less than two minutes into the period with an assist from VanRyswyk. The roles were reversed a few minutes later when VanRyswyk got past the goalie on an assist from Ulve.

Edwin scored a goal to add good measure with less than a minute to play, assuring an Albert Lea win and extending the win streak to six games.

The Tigers improve to 11-6 on the season and will be back on the ice Thursday when they travel to Mankato to take on the 11-6-1 East Cougars.