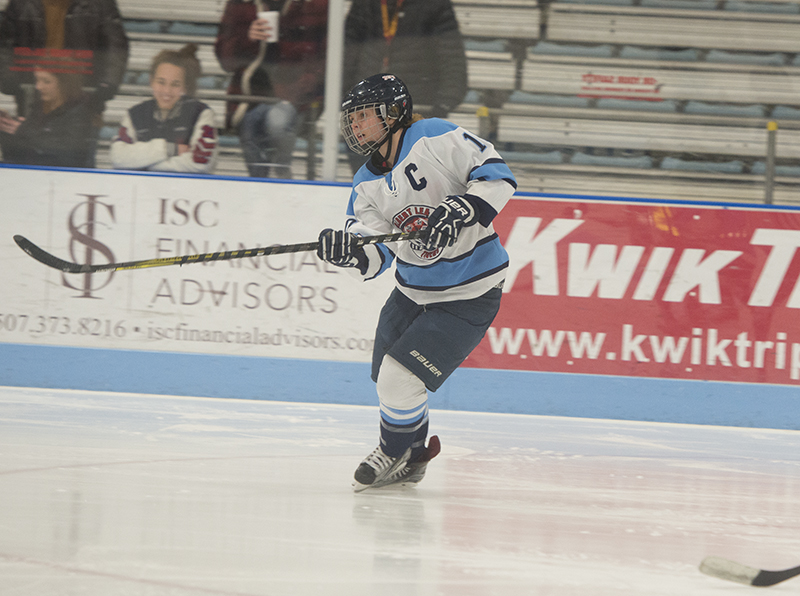 The Cougars came out strong, scoring two goals in the first seven minutes. However, the Tigers came roaring back to take the lead midway through the second period. After the Cougars came back to tie the game at three and sent the game to overtime, the Tigers couldn’t keep the hot streak alive, falling 4-3.

Mankato East/Loyola wasted no time in scoring the first goal of the game, taking a 1-0 lead just 30 seconds into the game. It looked like Albert Lea was in store for a rough night when it fell into a two-goal deficit midway through the first period.

However, with seven minutes left in the first, the Tigers put a much-needed goal on the board to stop the Cougars run. The goal came off the stick of sophomore Alli Dulitz and was assisted by junior Laynee Behrends. 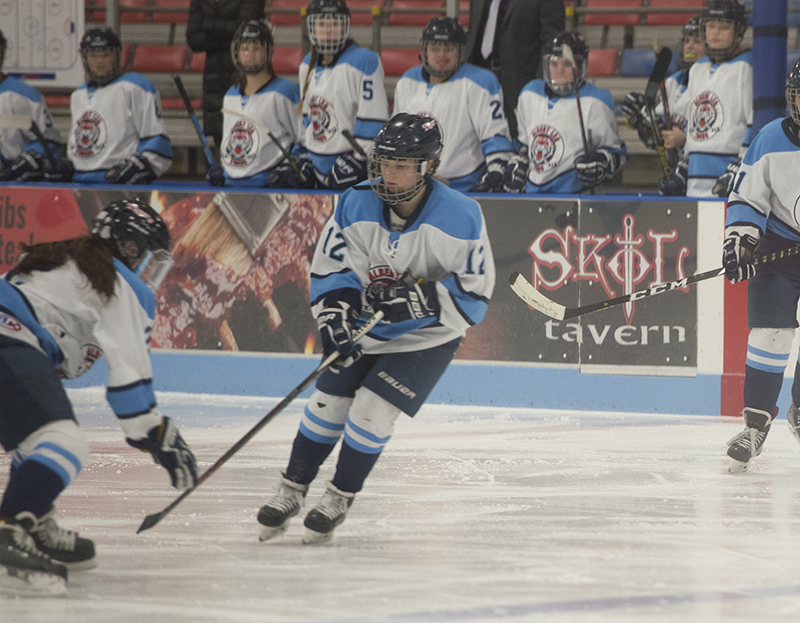 Despite trailing 2-1 at the end of the first, the Tigers went to the break with the momentum of the last goal. Sophomore Maddie Schneider was in the goal for the Tigers; she stopped 12 of 14 shots in the first period.

That momentum came into play in the second period, when Dulitz scored her second goal of the game and tied the score at 2-2 six minutes into the period. Sophomore Ally Rasmussen assisted on the goal. Freshman Lucy Stay gave the Tigers their first lead of the game just a few minutes later with an unassisted breakaway goal.

Before the second period came to an end, the Cougars tied the game with a power play goal to send the teams to the break at 3-3. Schneider moved to 31 of 34 in the net. The Tigers recorded 18 shots on goal through the first two periods.

The third period was relatively quiet for both teams, with not even a penalty being called until the final minute — when Albert Lea went on a power play. Albert Lea was unable to capitalize on the opportunity, sending the game to overtime.

The Tigers weren’t without their opportunities in the third period, however. Junior Mia Fjelsta narrowly missed a breakaway opportunity that would have put the Tigers up with under five minutes remaining.

In the overtime period, the Cougars scored a goal just over a minute into play to end the game as a heartbreaker for the Tigers.

The Tigers move to 6-13-2 on the season and have just two games remaining before the start of the section playoffs. They will play at Red Wing on Friday against the 5-15-2 Winhawks before ending the regular season in Worthington on Monday against the 4-14 Trojans.