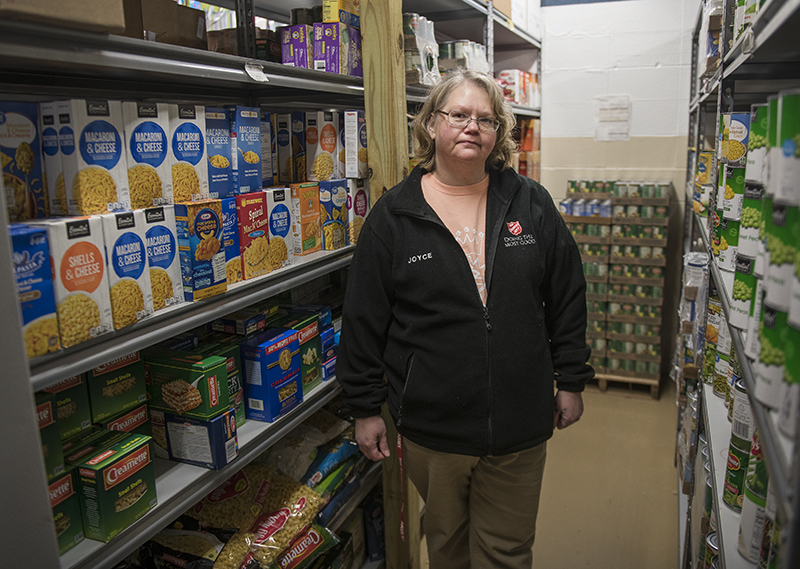 Joyce Theis, meal site chef and food pantry coordinator for the Salvation Army in Albert Lea, stands in the food pantry Tuesday. The organization is preparing for the possibility of more people needing assistance due to the government shutdown. - Colleen Harrison/Albert Lea Tribune

“This is uncharted territory for all of us,” she said. “Our government has never been shut down this long, so we are not quite sure what the outcome is going to be.”

The government is shut down as Congress and President Donald Trump have reached a stalemate over whether to fund Trump’s demand for a border wall on the Mexico-U.S. border.

Voshell said the Salvation Army will likely become aware of whether it will need to provide assistance to people affected by the shutdown once SNAP recipients learn if they will receive March public benefits.

“We are preparing for what the community might need,” she said. “Individuals who receive SNAP, or perhaps work for a government job … that they can’t quite pay their bills or they can’t have food on the tables for their families, are to contact the Salvation Army and we will help.”

In her position, Voshell provides assistance for families who need food or are seeking assistance with paying bills.

“Our community is very generous, and we have special funding set aside just for the food pantry, so we are pretty well prepared for what might be needed,” she said.

“Hopefully this shutdown ends shortly, because I have a feeling if it doesn’t, it might be very dramatic — the effect towards people — and not in a good way,” she said.

He said the Minnesota Families Investment Program is estimated to have six months of federal funding in place.

Buhmann estimated if staff are furloughed because of not getting paid, there could be a delay in new applicants for the Temporary Assistance for Needy Families program. 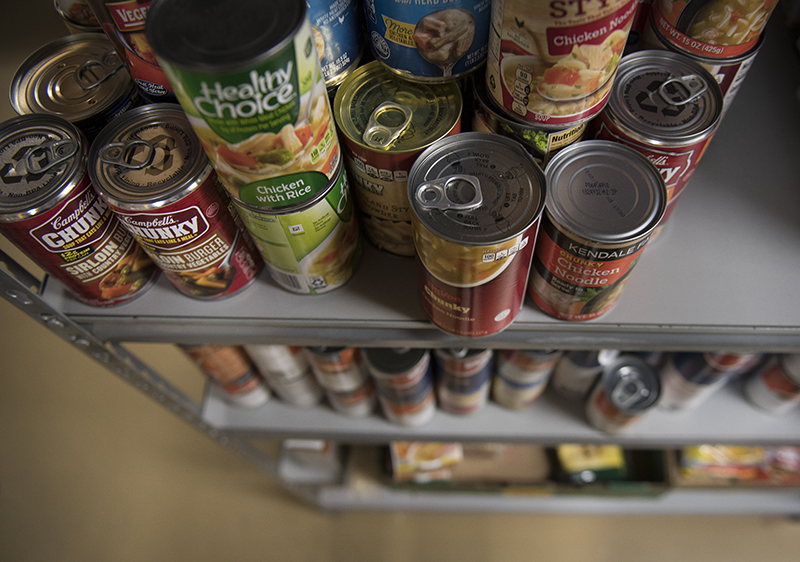 The Salvation Army will likely become aware of whether it will need to provide assistance to people affected by the shutdown once SNAP recipients learn if they will receive March public benefits. – Colleen Harrison/Albert Lea Tribune

He said he wants the federal government to understand its stalemate is affecting federal workers and their families, work together and compromise.

Buhmann predicted there would likely be an increased demand for food shelf and church services if there are delays in SNAP funding, and if the shutdown drags into March, “it’s going to be a difficult challenge for the state.”

“I think it will get resolved and we’ll be able to continue services, at least in some function, and that families will continue to get their supplemental nutrition needs that they need,” she said. “We will keep an eye on it.”

She said the WIC program — utilized by 800 to 900 Freeborn County residents — has funding through April. The county also relies on federally funded grants and provides services before being reimbursed.

“It just may be that things are delayed, funding is delayed or something,” Yost said.

The administration of Minnesota Gov. Tim Walz announced an action plan Tuesday to combat the shutdown. It expressed support for Medicaid, highways, TANF, veterans’ health care and SNAP and school lunch. He directed the Minnesota management and budget division to explore how to cover federal funds unavailable because of the shutdown.

He directed the Department of Human Services to help ensure Minnesotans are informed about changes to SNAP food benefits. The benefits for February are not expected to be loaded onto recipients’ cards until around Sunday.

Walz’s administration announced it is speaking with Native American tribes to understand the impact the  shutdown is having on them and how the state can provide assistance.

Walz announced he is working closely with Minnesota’s congressional delegation to support Minnesotans negatively impacted by the shutdown and coordinate with governors around the country to take action on behalf of all states.

He expressed support for including language in necessary appropriation bills to ensure the federal government reimburses states and working with the Attorney General’s Office to navigate legal issues to make sure Minnesotans are protected from the consequences of the shutdown.