A Wells man who allegedly raped someone he knew last week has been charged with a felony in Faribault County District Court. 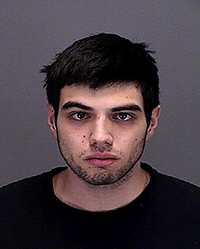 Court documents state Gonzalez was charged after a Wells police officer responded to a sexual assault report Saturday. An inmate in the Faribault County jail allegedly said his girlfriend told him Gonzalez came to her house Thursday to talk about the inmate’s arrest and began to sexually touch her, and she had been scared because of rumors of him sexually assaulting other women.

In an interview with the officer Sunday, Gonzalez said the sex had been consensual, court documents state.

On Monday, Judge Troy Timmerman set cash bail for Gonzalez at $3,000 and non-cash conditional bond at $30,000.

His next court appearance is scheduled for Monday.