An Albert Lea woman who allegedly strangled someone she knew last weekend has been charged with a felony in Freeborn County District Court. 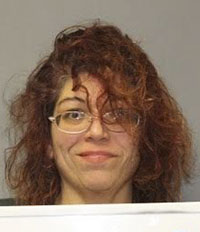 The alleged victim said Rack, who only had a driving permit and was looking to get her license, demanded the keys to a vehicle and was acting in a way that scared him and she threatened him.

Rack allegedly tried to get the keys and put him in a chokehold after he told her she could not have the keys, putting her hands around his neck and squeezing. The alleged victim said he felt a shortness of breath and nearly lost his breath two or three times. She allegedly also bit him on the left hand and nose, and his glasses were reportedly ripped off his face.

Court documents state after he allowed her to have the keys so the assault would stop, she left with a child and the vehicle.

Court documents state after officers pulled her over, she said she and the alleged victim had gotten into an argument and she “just wanted to leave.” She said the alleged victim refused to give her the keys to the vehicle and she bit him in the nose to get the keys.

Rack’s next court appearance is scheduled for Jan. 17.