Woman gets probation for having knives inside courthouse

An Albert Lea woman who possessed two knives in September in the Freeborn County Courthouse was placed on probation for two years Thursday in Freeborn County District Court. 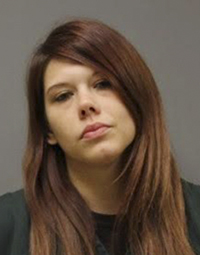 Athena Alizabeth Berg, 26, was sentenced after she pleaded guilty in November to felony possession of a weapon in a courthouse complex. She was sentenced to 365 days in jail, of which 323 days were stayed. She was given credit for 42 days served.

Judge Steven Schwab ordered Berg to follow all state and federal criminal laws; not possess firearms, ammunition or explosives; submit to random testing; not use or possess firearms or dangerous weapons and follow other requirements.

Court documents state Berg was charged after a Freeborn County Sheriff’s Office deputy was outside a courtroom Sept. 28 when he was asked to respond to the security checkpoint in the hallway outside the courtrooms for a drug and weapons violation.

Once she complied, Berg reportedly admitted possessing two knives in her bra. The folding knives were later found to be 7.25 inches and 5.25 inches.

In a separate file, Schwab placed Berg on probation for up to five years Thursday for receiving or possessing a firearm with an altered serial number. In that file, she was sentenced to 45 days in jail and was given credit for 45 days served.

Berg was also charged with fifth-degree controlled substance possession, but that charge was dismissed.