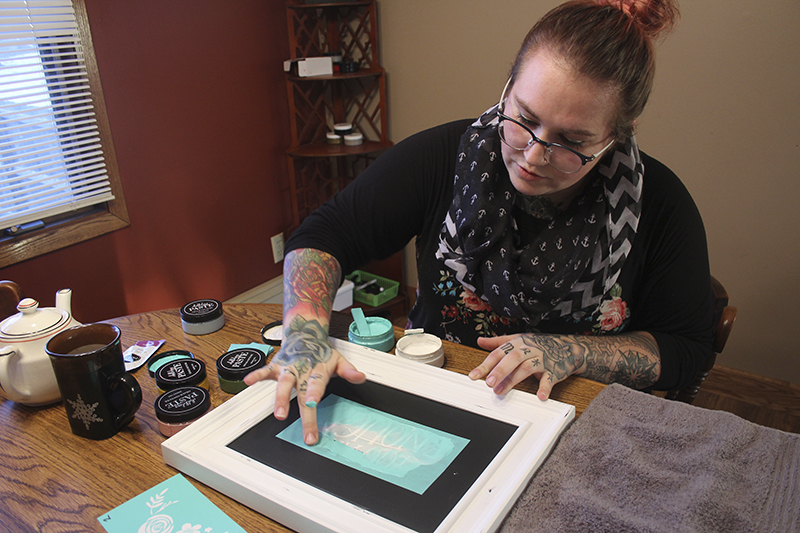 If a few local women have their say, chalkboards aren’t just for teachers anymore.

“I really think chalk paint right now is so in,” Lackey said. “Everybody loves that rustic look that you get from it.”

Lackey is one month into Chalk Couture, though she considered joining for a year, she said.

“I just finally decided to sign up, and I wish I would have started sooner, to be honest,” she said.

Both Lackey and Kinnard said they appreciate Chalk Couture for the ease and time savings it brings to the creative process. 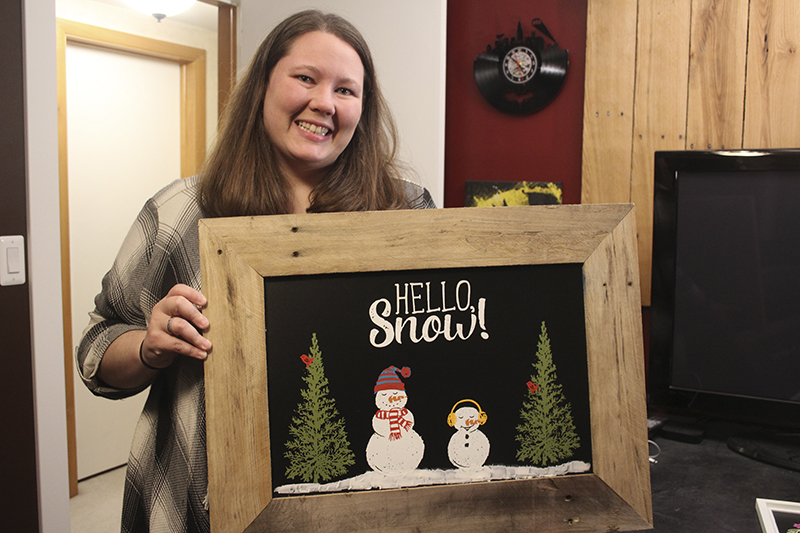 “I was kind of looking for something that the average person who loves crafts but maybe isn’t artistic enough — in their minds — they could easily do and come up with a finished product that they’re proud of,” Lackey said. “… Any entry-level artist can do it.”

Though Lackey is new to Chalk Couture, her own craft line selling custom-designed signs and home decor largely painted on canvas or wood, called Be the Good Crafts, has been active for over five years, she said. When she set up at craft shows, she would hear women say — over and over again — that they couldn’t do what she does.

That transfer is a washable, reusable silk screen stencil, almost like a mesh, that creators can scrape chalk paint over.

“You can use it over and over again, and I just love that,” Lackey said.

The reusable nature of the transfer has been a big wow factor for customers, she said.

If someone decides not to seal a design onto the chalkboard surface, it can be washed off, like any other chalk, and the board can be reused for a new design, which can also be a space-saver.

“I think a lot of times you see a sign and you’re just like, ‘Uh, I don’t have any more room in my house,” Lackey said.

Lackey makes products using Chalk Couture supplies and sells it for those who want finished signs, but people can also attend a make-and-take or order supplies from her website and do it at home.

Kinnard focuses on in-home parties and public classes, which she hosts once a month at The Interchange.

“I like doing these parties,” Kinnard said. “I like helping people create something. … I know other people are way more creative than I am, so I would much rather give them the supplies and help them be creative than me make it for them.”

Sometimes, she has a specific project, and at other times she brings her full inventory and has customers choose what they’d like to purchase and create. Most of the classes she has hosted have been pretty full, Kinnard said. She said she wasn’t expecting this kind of demand. While some are new faces, many are returning.

“Definitely, you know, it’s something for people to do, which is good — and be creative without having any creative ability whatsoever,” Kinnard said. 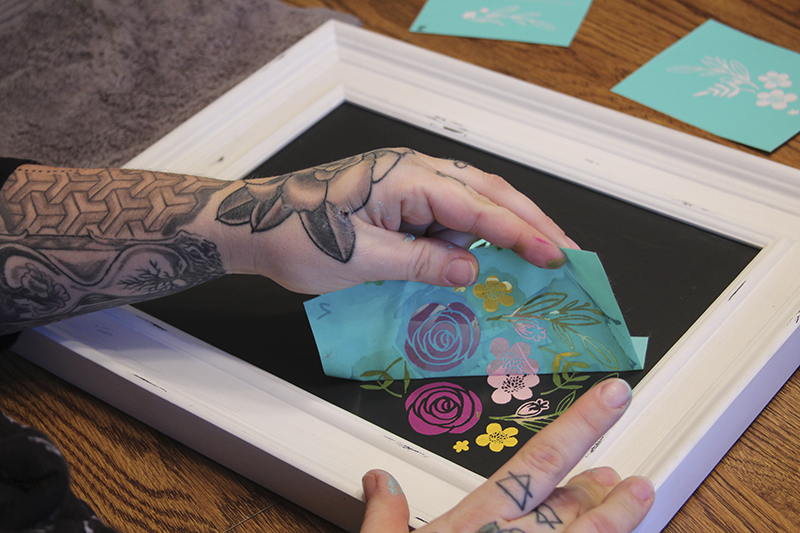 Steph Lackey removes a transfer, which operates similarly to a sticky stencil, from the chalkboard she deocrates for a demonstration. – Sarah Kocher/Albert Lea Tribune

Although Chalk Couture hasn’t  garnered name recognition, Kinnard said it’s to her advantage to get into something new.

“It’s not a saturated market,” she said.

Kinnard started with Chalk Couture in July after seeing an ad on Facebook. Previously, she did her own hand-lettering on multiple surfaces. She already had a chalkboard in the entryway of her home, but was creating signs with chalk markers.

“It’s cut the time down tremendously,” she said. “… Before, it was do something, mess up, erase it.”

In addition to chalk paste and chalkboards, Chalk Couture also stocks inks to use Lackey has used on fabric, glass and mugs. Both Kinnard and Lackey said creators can mix and match transfers to customize their own designs.

“Just the ease and quickness of it and still having an amazing project at the end of it is just really fun,” Lackey said.

“A lot of people are very interested in (Chalk Couture),” Lackey said. “We’re finally back to that (DIY) deal where people want to make things themselves.”