A home full of character 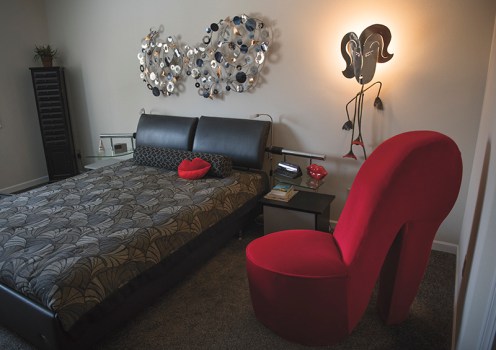 The Wentzels' home has been shown as a possible layout within the housing development to those considering moving into the development. - Colleen Harrison/Albert Lea Tribune 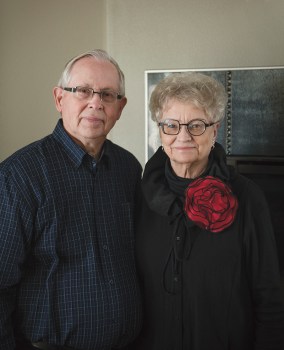 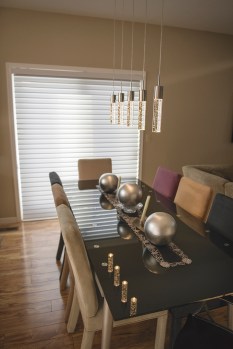 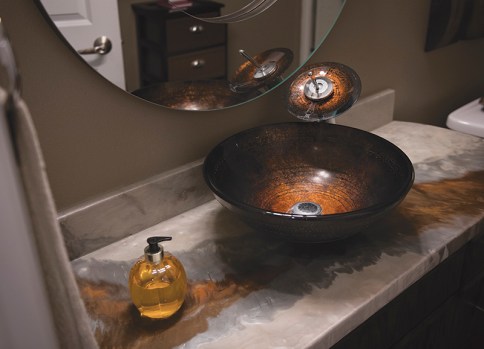 Georgia Wentzel said they don't buy anything for their home that they don't absolutely love. - Colleen Harrison/Albert Lea Tribune 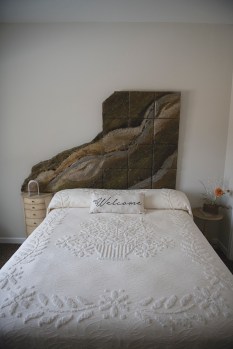 A piece of granicrete was split in two to make different decorative pieces in the home, including one in the guest bedroom. - Colleen Harrison/Albert Lea Tribune 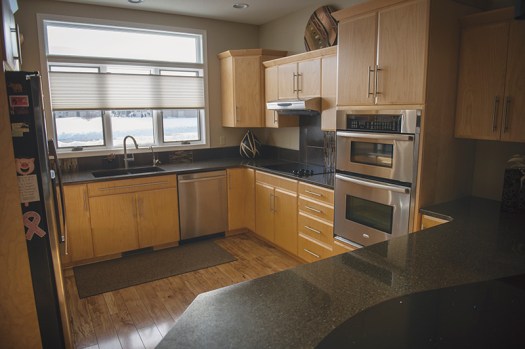 The Wentzels said an interior decorator who helped them design the inside of their home suggested a matching element for their kitchen cabinets and flooring. - Colleen Harrison/Albert Lea Tribune 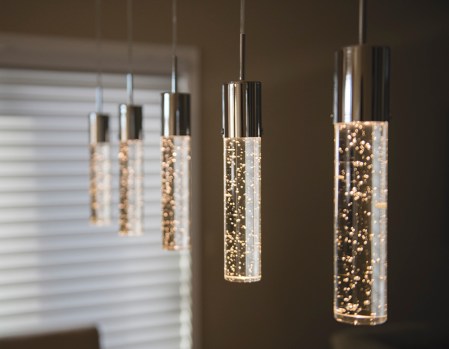 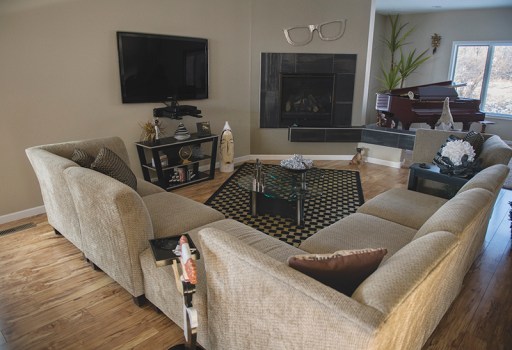 The Wentzels had things designed and decorated the way they wanted before moving into their Albert Lea home, they said. - Colleen Harrison/Albert Lea Tribune 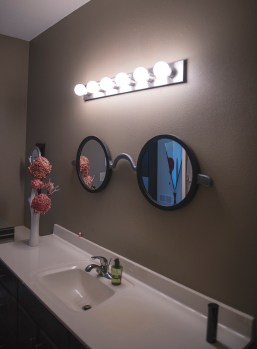 Georgia Wentzel said she loves eyeglasses, and has found different ways to incorporate that love into the couple's home. - Colleen Harrison/Albert Lea Tribune 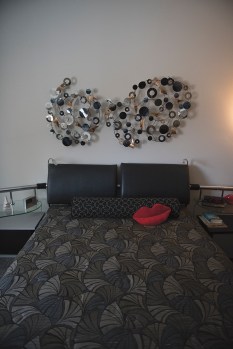 The Wentzels' home has been shown as a possible layout within the housing development to those considering moving into the development. - Colleen Harrison/Albert Lea Tribune

When Georgia and Dennis Wentzel moved to Albert Lea 8 1/2 years ago from Arizona, they had the chance to incorporate their personalities as they built a new twin home.

Having purchased new furniture when they lived in Arizona, they worked with contractor Jared Dawson to choose floor plans and make accommodations in those plans to fit their furniture.

Those adjustments and other design choices — combined with choices in their decor — make the two-bedroom Crystal Drive home a fun one to be in.

The home, which Georgia Wentzel describes as contemporary, incorporates a variety of art pieces — including paintings and metal sculptures. She and her husband said if they see something like they like, they try to buy it.

One of those unique art pieces is a chair, affectionately named Lena by its creator, that is made of metal and depicts a seated woman.

They also have a metal art piece hanging on the wall of the master bedroom that Georgia Wentzel has named Helga. This piece doubles as a light fixture.

The couple said designer Susan Smith helped with many of the decorating choices in the home, including the fireplace, kitchen cabinets, window treatments and color of the carpet.

Instead of having a traditional hearth underneath the fireplace and a mantel on the top, the Wentzels incorporated an accent piece on the fireplace to the side of it that acts not only as a statement piece, but as a seating area, as well.

Another highlight of the home stems from Georgia Wentzel’s love for asymmetry. Instead of having the home be symmetrical, she strives to make it different throughout, whether it’s the fireplace, the wavy line that separates the two colors of quartz on the kitchen countertops, the one wall with two recessed cutouts for art pieces, or the variety of colors of chairs around the dining room table.

She also has a self-acclaimed fetish for eyeglasses. There is a large pair hanging over the fireplace, and the mirrors in the master bathroom make up another pair. A statute in the home has its own pair of glasses, too.

These pieces show Georgia Wentzel’s personality, along with the large, red high-heeled shoe in the master bedroom next to the couple’s Danish bed and the red lip pillows on the bed.

In the hallway and guest bedroom are art pieces by local man James Peterson that are made with Granicrete. One piece makes up the headboard. Granicrete was also used for the sink in the guest bathroom.

The couple credited those who were a part of getting their home ready in Albert Lea.

They said Dawson was much more accommodating than contractors they have worked with in the past.

Because their Arizona home sold quicker than they thought it would, they had to store their furniture in various places as their new home was completed, including their baby grand piano, which was stored at Skyline Plaza.

Though Georgia Wentzel said she is not much of an outdoors person, her husband said he likes that the home offers scenic views out their back window like he was used to being near when he was growing up on a farm.

They also enjoy that the home is a good one for inviting friends and family over.

The Wentzels said they decided to move to Albert Lea to be closer to medical care in Rochester, especially since both are cancer survivors.

They looked at homes in Rochester but couldn’t find something they liked. So, they instead decided to build in Albert Lea.

“We like Albert Lea,” she said. “I think it’s a really nice community.”

The two had been used to colder weather, having lived previously in Grand Forks, North Dakota. Dennis Wentzel, who is retired, is from northern Minnesota, and Georgia Wentzel, who works part time at Ascension Lutheran Church and Fisher’s Fine Jewelers, is from North Dakota. Dennis Wentzel said he enjoys the proximity of the home to Green Lea Golf Course, as well, where he enjoys golfing.