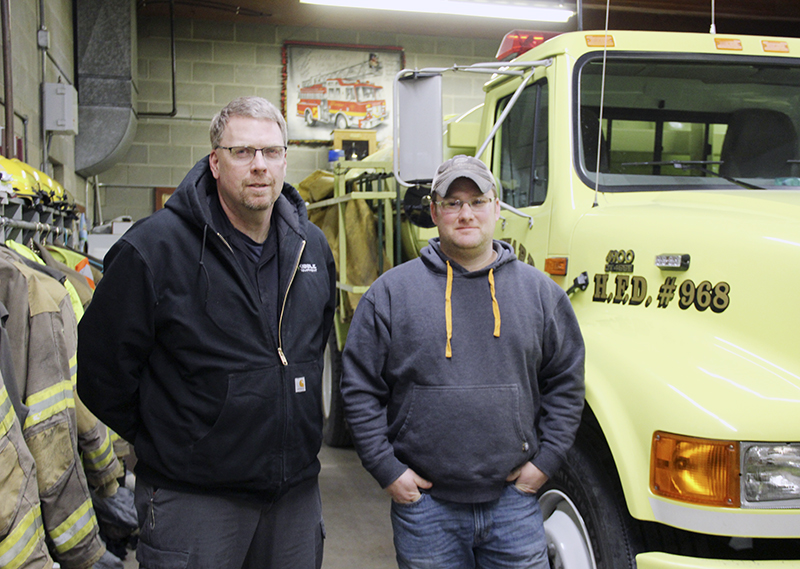 Hayward Fire Department firefighters Jeff Nelson, left, and Scott Eilertson say they are looking forward to the remodel and addition to the Hayward Fire Hall that are expected to be complete in October. Sarah Stultz/Albert Lea Tribune

HAYWARD — More than 50 years after the creation of the Hayward fire hall, the building this year is on track to get a facelift and an addition.

Fire Relief Association Secretary Jeff Nelson and building committee member Scott Eilertson said the addition and remodel are in the works as the Hayward Fire Department is looking to get a truck in the next two to three years that is both longer and taller than what the current building will fit. In the current space, trucks are parked bumper to bumper, leaving little room for the department to acquire new trucks that are larger in size.

Nelson said with the Blazing Star Trail expected to connect from Albert Lea to Hayward in the future, they are also hoping to have a utility vehicle that can be housed there.

An 1,800-square-foot addition will be placed on the front of the building, essentially giving the fire department two long bays and two shorter bays. The building currently has two bays.

Along with the addition, there will be new flooring, sheetrock, doors, windows, roof and lighting installed, including in the community room, which is connected to the fire hall. The exterior of the building will be finished with stucco. The entire facility will be ADA compliant, and the bathrooms will be upgraded. 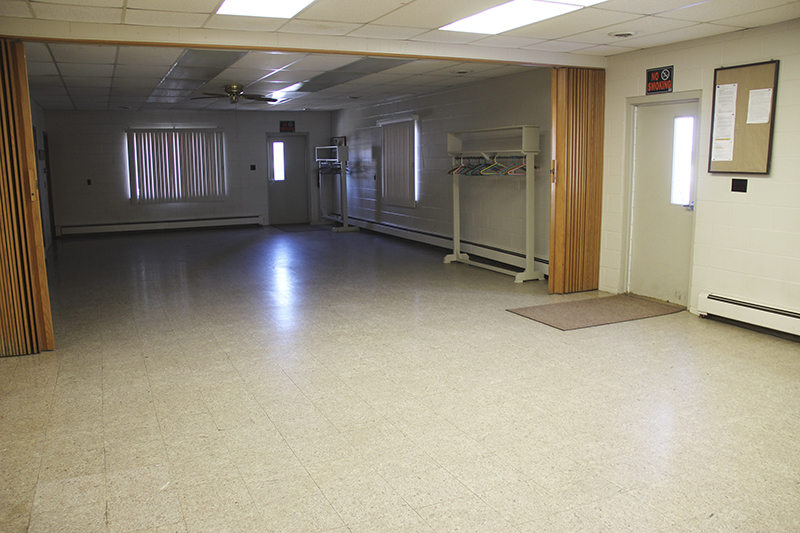 The community space connected to the fire hall will also get a facelift as part of the project. Sarah Stultz/Albert Lea Tribune

Eilertson and Nelson said the fire hall is owned by Hayward Township and the city of Hayward, and the $650,000 project is being paid for with funds set aside from both entities, along with help from grants, fundraisers and a loan through the revolving loan fund at Freeborn-Mower Cooperative Services, which is used to inspire economic growth, retain jobs and grow jobs.

Nelson said they continue to work on additional grants and will have a Deuces Wild Dueling Pianos fundraiser July 13.

Bids for the construction went out Jan. 2 and were slated to be opened Feb. 11. The department hopes crews will break ground in early spring, and work is expected to be completed by October.

There are about 25 firefighters and first responders in the department.