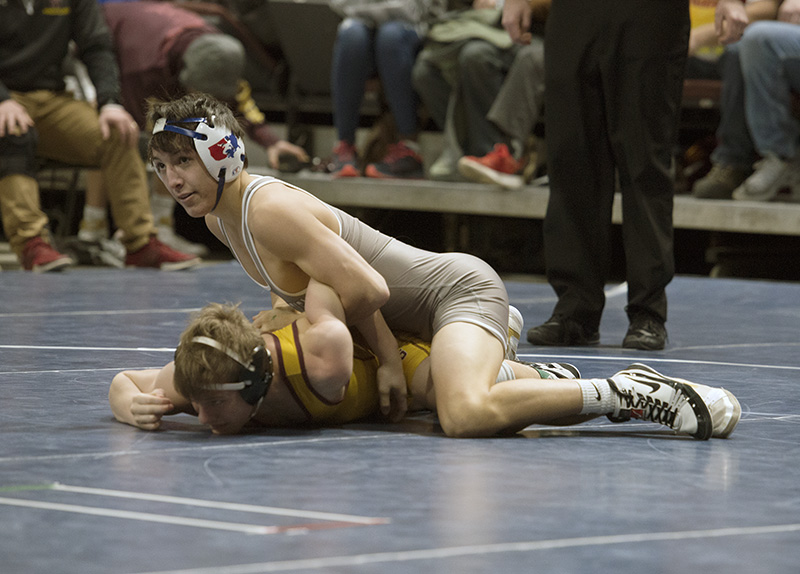 Albert Lea senior Nic Cantu attempts to turn his opponent to his back Saturday at Mayo Civic Center in Rochester. Cantu won the match via a 14-4 major decision. - Tyler Julson/Albert Lea Tribune

The Albert Lea wrestling team made its way to the Section 1AAA dual tournament in Rochester Saturday morning as last year’s defending champions.

The Tigers were unable to avenge their earlier regular-season loss to the Raiders of Northfield, as they fell to them for the second time this season. The Tigers won five of the 14 matches, only two of which were bonus-point victories, leading to the 43-19 loss.

Senior Caleb Miller lost the opening match for the Tigers at 106 pounds, coming up on the losing end of a 13-1 major decision. He was followed by sophomore Joey Flores, who was pinned in the first period.

Down 10-0, senior Nic Cantu put Albert Lea on the board with a 14-4 major decision, and eighth-grader Cole Glazier added to the total with a tough 11-6 decision win at 126 pounds. 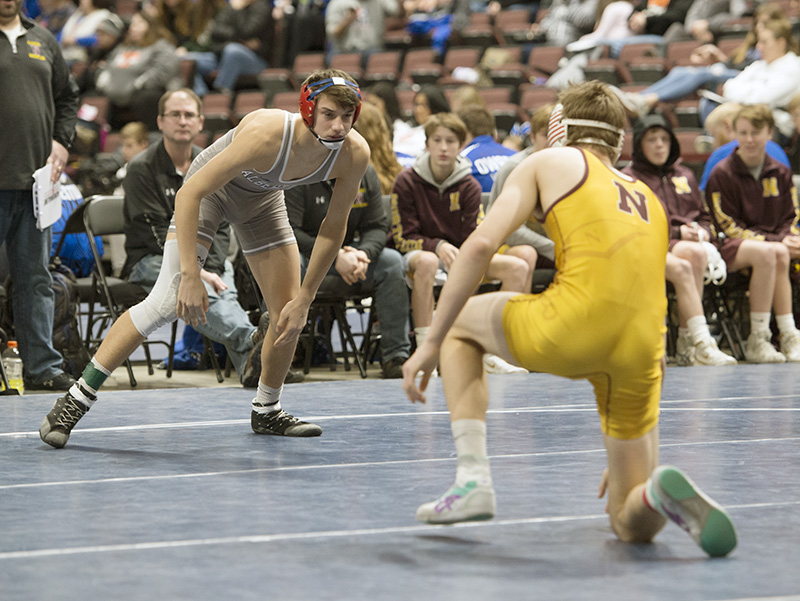 Battling back with the score now at 10-7 in favor of the Raiders, the Tigers suffered three straight losses to widen the Raiders’ lead by a large margin. Sophomore Tucker Ericksmoen, freshman Cam Davis and eighth-grader Derrick McMillian each lost their matches at 132, 138 and 145 pounds, respectively — Ericksmoen in a first-period fall, Davis in a second-period fall and McMillian in a 9-3 decision.

Sophomore Caleb Talamantes would try to give a momentum boost to the team with an exciting 11-9 decision win in overtime at 152 pounds. However, he was followed by losses from fellow sophomore Griffin Studier and senior Connor Barney. Studier lost in a 9-4 decision and Barney lost to a second-period pinfall.

The score sat at 34-10 with four weights remaining, meaning the Tigers would need four pins in those matches to tie the dual at 34.

Sophomore Josiah Hedensten didn’t get a pin, but did pick up Albert Lea’s fourth win of the dual with a 5-1 decision win at 182 pounds. Senior Zach Glazier notched the first pinfall of the day for Albert Lea in his match at 195.

Seniors Brady Nielsen and Elmer Diaz competed at 220 and 285 pounds, respectively. Nielsen came up just short in a 6-2 decision after being up 2-1 late in the third period, and Diaz fell to a first-period pin.

The Tigers ended their dual season in the semifinals of the section tournament with a 19-7 record. However, the Tigers will continue to compete as individuals at the traditional Section 1AAA tournament, which starts Friday at Mayo Civic Center. 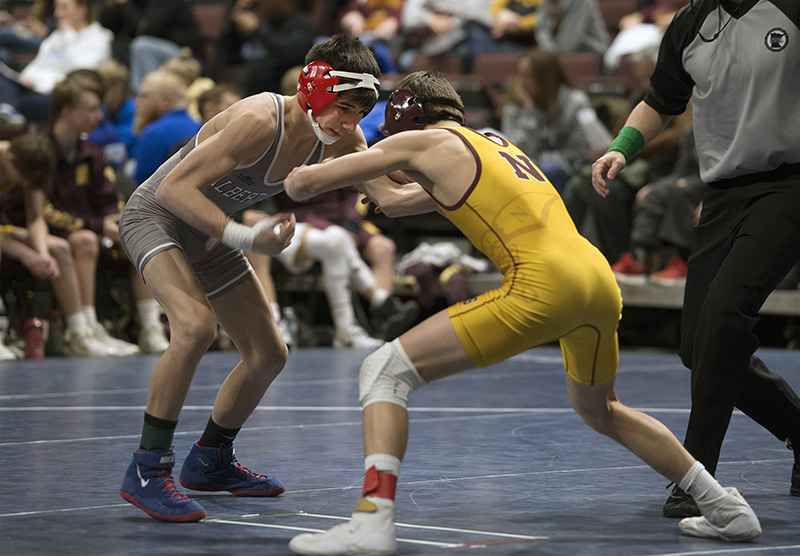 Albert Lea sophomore Joey Flores ties up with his Northfield opponent Saturday at the Section 1AAA dual tournament. Flores fell to a pinfall in the first period in the Tigers’ 43-19 loss to the Raiders. – Tyler Julson/Albert Lea Tribune