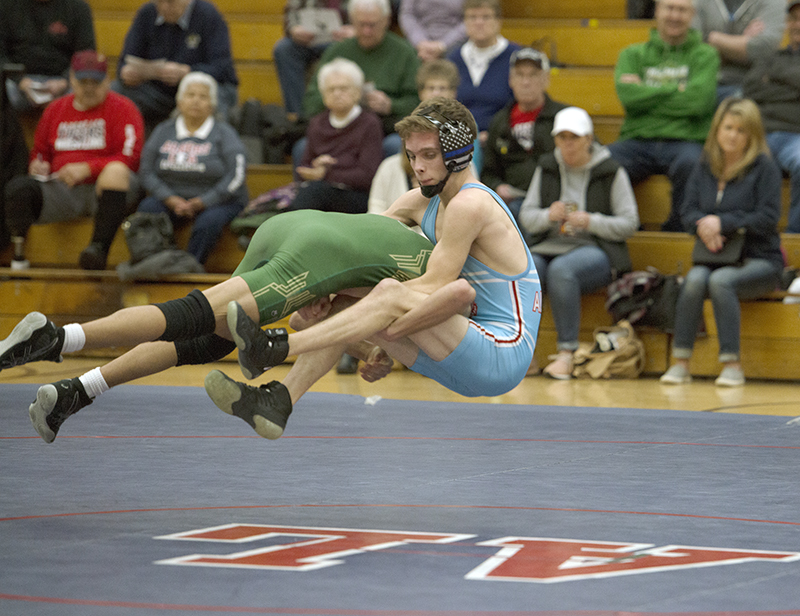 Albert Lea senior Caleb Miller gets taken down Tuesday night by his Rochester Mayo opponent. Miller went on to lose the match by fall, however, the Tigers won the dual 50-30. - Tyler Julson/Albert Lea Tribune

Tigers wrestling too much for Spartans at Southwest Middle School

Coming off a momentous win over No. 4 St. Michael Albertville over the weekend, the Albert Lea wrestling team hosted Rochester Mayo Tuesday night hoping to keep that momentum going.

The Tigers left little doubt as to who the superior team was, winning nine of the 14 weight classes against the Spartans and sailing to a 50-30 victory.

Starting out the night was senior Caleb Miller, who fell via pinfall in his match at 106 pounds. Sophomore Joey Flores picked up the first win for the Tigers, shutting out his opponent in a 4-0 decision victory.

Trailing 6-3 after two matches, senior Nic Cantu gave Albert Lea the lead with a quick pinfall just over a minute into the first period. Now with a 9-6 lead, Albert Lea would never look back, winning the next five of six matches. 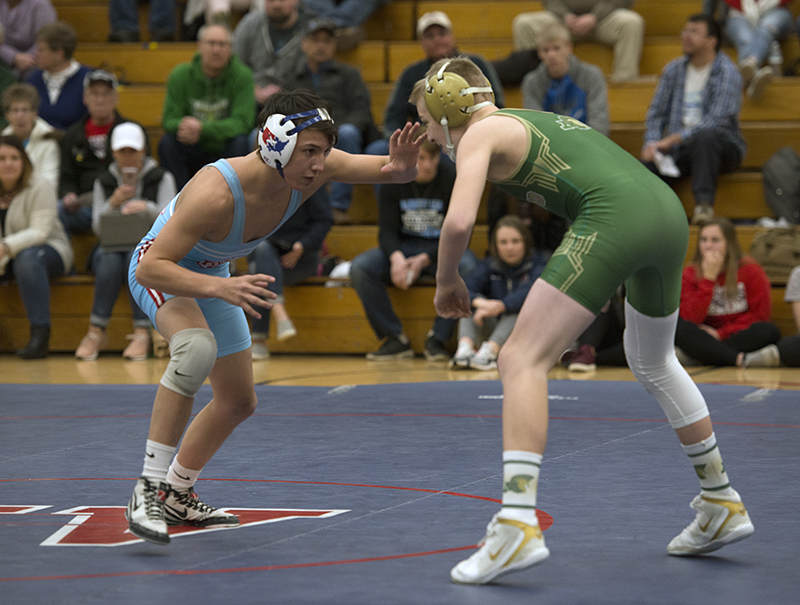 Eighth-grader Derrick McMillian lost by pinfall in the closing seconds of the second period, but the match was a hard-fought battle in which McMillian was only trailing 2-0 at the time of the fall. Sophomore Caleb Talamantes put the Tigers back on the winning track at 145 pounds, notching the first and only technical fall of the night, 18-3.

Sophomores Griffin Studier and Josiah Hedensten each kept the wins coming, recording pinfalls at 152 and 160 pounds, respectively. Senior Connor Barney lost to a pinfall in the first period, but was picked up by fellow senior Zach Glazier in the next match, winning in the second period by fall.

Senior Brady Nielsen won his match at 195 pounds by forfeit and the Spartans picked up a forfeit win right back at 220 pounds. In the final match of the night, senior Elmer Diaz Noriega fell via pinfall in the first period.

The Tigers improve to 18-5 in dual action this season and have just one remaining before the start of team sections. They will host the Raiders of Northfield in a Big Nine Conference showdown Thursday night. 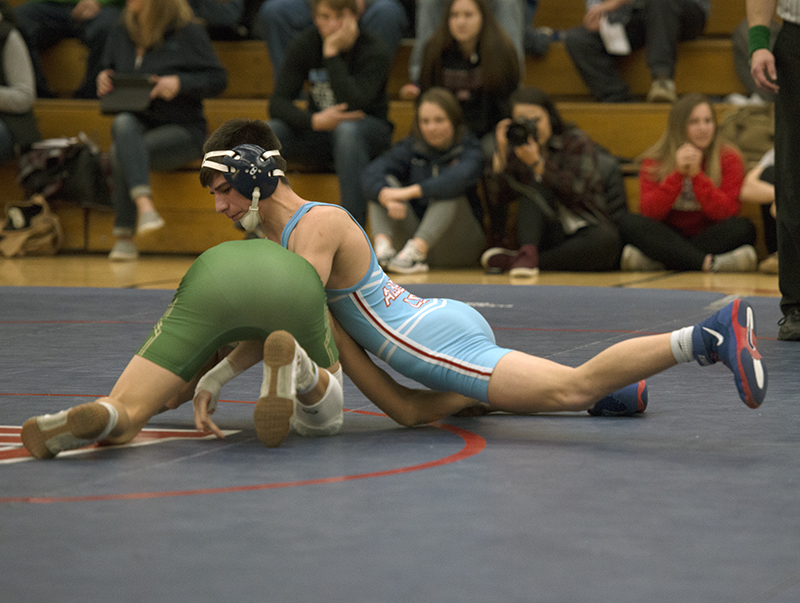