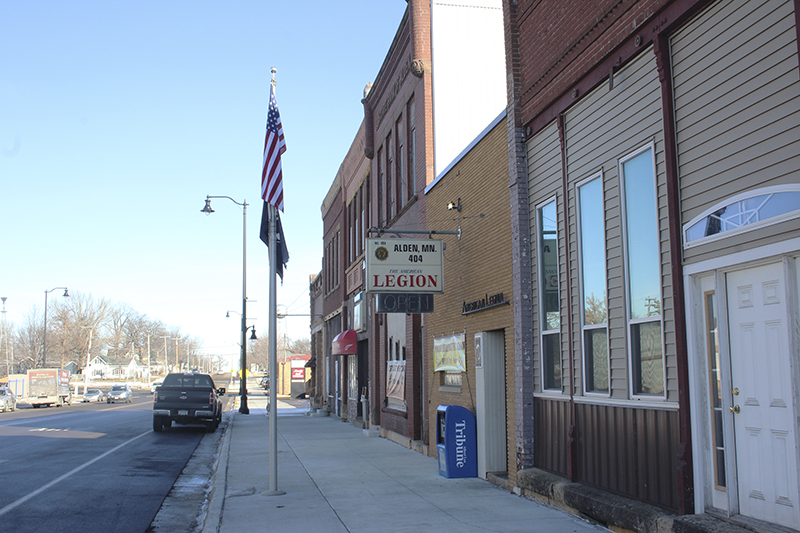 Once per year per group, the Legion will match up to $250 in funds raised by groups that staff a burger basket Friday. Sarah Kocher/Albert Lea Tribune

ALDEN — For local groups in Alden, one way to their wallets is through others’ stomachs.

Every Friday night, the Alden American Legion hosts burger basket nights. For $5 a burger, patrons can often support fellow community members who staff the grill and the till.

If Alden American Legion Manager Dave Rasmussen had his way, there would be a group doing it every week.

“It’s just a way of getting the community involved,” he said.

Instead, if there is no group hosting the Legion’s family-friendly burger basket night, Rasmussen and his family staff it. He doesn’t always mind, even if it means grilling outside in the winter.

“I’ve cooked when it was below zero out before,” Rasmussen said. “You know, I love standing out there and cooking.” 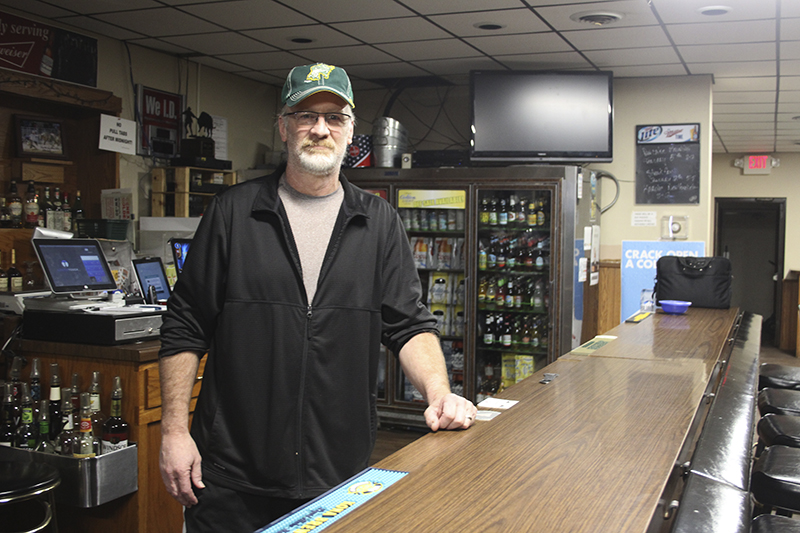 The burgers, made with meat Rasmussen purchases from Conger Meat Market, are served from 5 to 8 p.m. When groups sign up to serve, Rasmussen deducts the cost of food materials from the funds raised and then, once a year per group, the Legion will match up to $250 of the night’s profits.

“Here, you do a little bit of work, and the people come to you,” he said.

Rasmussen said he tries to pick times of the year he knows the Legion will be busy — especially the summer — for burger basket nights staffed by community groups.

Several groups have participated, including the Alden-Conger music program, the Bayside Ski Team (a group technically based in Albert Lea but with several Alden members, Rasmussen said), the Boy Scouts and the Alden-Conger supermileage team.

Burger basket fundraisers are a win-win for the Legion because in addition to supporting the community, they get people through the door, Rasmussen said.

When the supermileage team ran a basket night, “There were people I’d never seen in here before,” he said.

Those people tell their friends, and eventually, the patron base has the potential to grow and change. Hosting activities — and basket nights — helps keep the Legion going.

“Without all the things we have going on, we wouldn’t be open,” Rasmussen said.

The Alden-Conger trap team also runs a few burger basket nights a year, coach Pam Koenen said. The money they raise through these evenings helps the team pay for expenses associated with traveling to state competitions.

Koenen said the team was approached by the Legion after other groups staffed burger basket nights.

“We just really appreciate that the Legion allows us to be part of those fundraisers and allows us an opportunity to … get exposure,” as well as to provide students a chance to attend state tournaments, she said.

The trap team does other fundraisers, including selling barbecue meat and gun raffles through Pheasants Forever. But burger basket nights let community members see who’s on the team, and it lets team members talk to people about the sport they love, she said.

“It’s maybe smaller in scale (than other fundraisers), but it gives the team some good visibility,” Koenen said.

Rasmussen enjoys burger basket nights for a similar reason — it’s another chance to be around people.

“The burger night — I love it,” Rasmussen said.