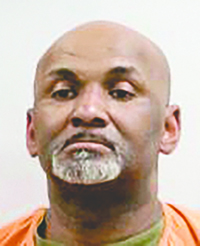 According to Mower County Sheriff Steve Sandvik, Easley escaped from a work detail at 12:27 p.m. on Wednesday at Riverside Arena. It is unknown which direction he went. He was last seen wearing dark blue jeans, a red and black zip up hoodie jacket and tan snow boots.

Easley was serving a jail sentence for fifth-degree drug possession. He was part of the sentence to serve program, which allows inmates to work outside of the jail for nonprofits and reduce their jail sentence by one extra day for each day worked.

A warrant has been issued for Easley’s arrest. He is facing an escape from custody charge.

Sandvik warned that anyone caught hiding or assisting Easley will be charged with aiding and abetting a fugitive.

The investigation is ongoing. Anyone with information on Easley’s location is encouraged to call the Mower County Law Enforcement Center at 507-437-9400. Reports can be made anonymously.