Congressmen assure Minnesota farmers help is on the way 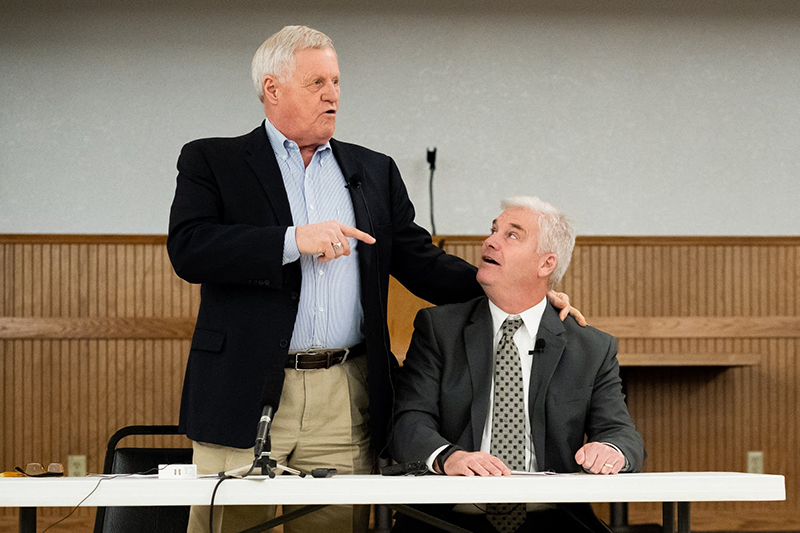 Minnesota farmers on Thursday got a chance to tell two congressmen how increased pressure from low milk prices, tariffs and competition are affecting them.

Emmer noted that the Trump administration is in talks with China on how to resolve the trade war, which has hurt Minnesota farmers. He said he and Peterson likely wouldn’t have taken the same approach as Trump on trade with China, but he said he’s hopeful for a resolution that will benefit Minnesota farmers.

“Something had to be done with this relationship so that it was fair, so these non-trade barriers could be removed and our great producers could have full and fair access to the Chinese market as well as others,” Emmer told the crowd of about 100 people.

Peterson said the farm bill Congress passed in December includes a stronger safety net for small dairy farms that produce 5 million pounds of milk a year or less, the equivalent of about 220 cows.

“I would guess in two years, when people see how this works, we’re going to get criticized for putting in a program that’s too good, because you literally will not be able to lose money under this program,” Peterson said.

Both Peterson and Emmer have a lot of dairy farms in their districts. Some farmers have decided to get out of the business, in part because of competition from larger farms.

“The mega-dairies, they keep uncontrollably adding cows and, in a sense, putting our small dairies out of business,” said Chad Van Beck, an agricultural lender with Pine Country Bank. “If you want to see small towns like Melrose and Freeport dry up, if they continue on that path, it’s going to happen, because they don’t get these small farmers coming into town every day.”

Besides help for dairy farmers, Emmer highlighted a program in the farm bill for mental health assistance for farmers who are under increased stress.

Both Peterson and Emmer said they worry that new, younger members of Congress don’t know much about farming — or understand agricultural programs.

Emmer said that’s because there are fewer people producing food and more people living in urban and suburban areas who don’t know where their food comes from.

“These are the people that are getting elected to these positions, and they’re going to Washington and saying outrageous things, and they’re being completely ignorant on some of these issues,” he said.