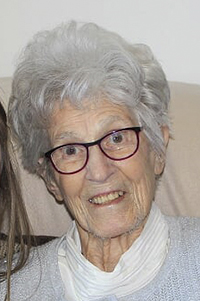 Connie was born Sept. 20, 1927, to Walter and Anne (Brown) Taylor in London, England. After graduation, she served in the women’s branch of the British Army known as the auxiliary territorial service during World War II, earning the Medal of Honor.

In 1959, she married Albert Dieser in Chicago. They were later divorced.

Connie worked as a housekeeper at Methodist Hospital, retiring in 1991. She also worked as a part-time greeter at Hy-Vee for 10 years. She loved being around family and people. Bingo was always a bright spot for her. You would always see her walking the skyways of downtown Rochester visiting with someone.

She will be greatly missed by her loving family and many friends.

Memorials are preferred to the donor’s choice.