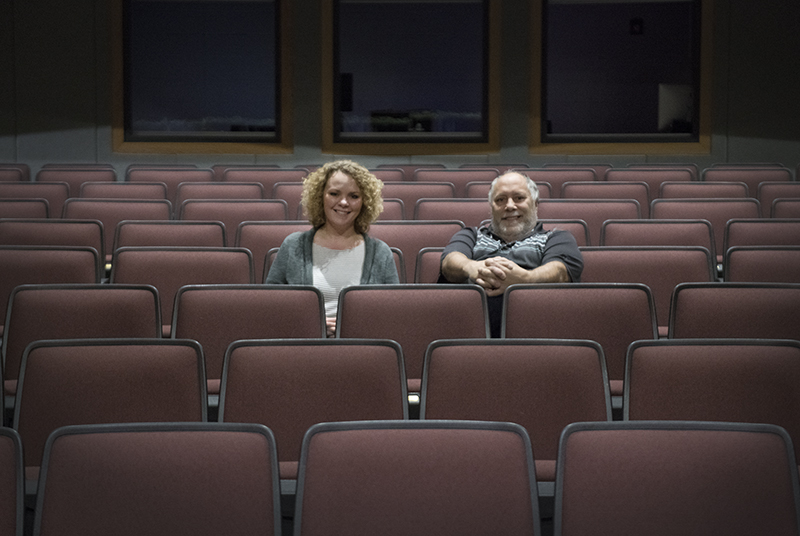 WELLS — As Kirstyn Wegner walks to a closet to put away a prop broom, her father, Clay Miller, catches up to her.

“You know that lights up, right?” Miller says, looking at the broom.

Wegner looks at the broom, not understanding for a moment.

“There’s a switch hidden in the handle,” Miller says.

After realizing it’s a prop from a past production of “The Wizard of Oz,” Wegner, already knowing the answer, asks her father, “You made this, didn’t you?”

Miller’s legacy as the drama director for United South Central is a lasting one, spanning 33 years and around 70 different productions.

Now, that legacy is continuing through Wegner, his daughter, who is coming off her directorial debut with the school’s fall production of “Annie Jr.”

Miller said he was approached all those years ago to head up the program. Having been in a band and looking for a new musical outlet — and later finding out his job at Wells Concrete would help him with building and designing sets and managing lighting — Miller said he thought, “How hard could it be?” He laughs at that naïveté now, but still wouldn’t change a thing.

“I was bitten then by the theater bug,” he said. 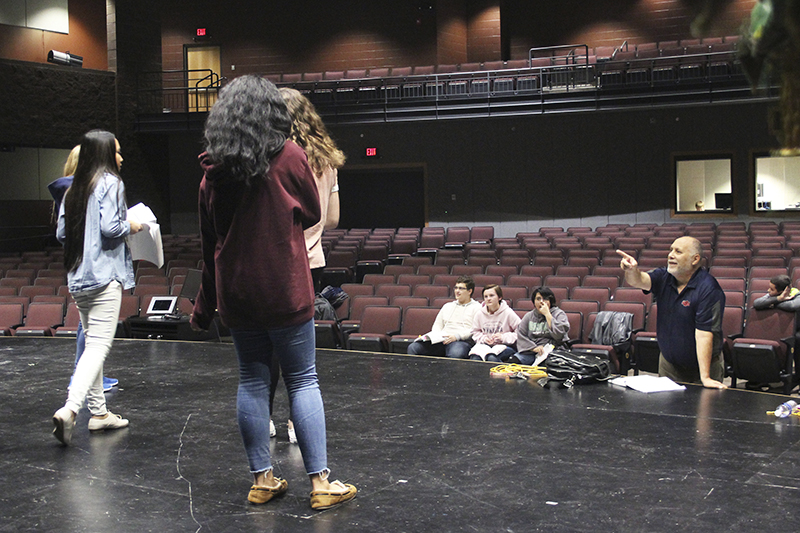 When Miller was first at the helm of the program, he said there were about 20 students participating at then-Wells-Easton High School. Over his 30-plus years, participation reached as many as 60 students, with 40 on stage at one point.

“Try choreographing a show with 40 kids,” Miller said while thinking back to that time.

Miller would direct both a musical and a play each school year, and was involved with one-act productions for some time as well. He said he had to take a step back from one-acts, because “three shows was too much,” especially when the one-acts and the musical — which then took place in the spring — would often overlap.

His last production as director was “Shrek the Musical” in November 2017.

When Miller decided to retire from being in charge of the school’s drama program, he said he knew his daughter would be a good choice to take over, but he didn’t want to pressure her into anything.

“It was getting time for me to step down,” he said. “I was pleased to see Kirstyn pick up the reigns.”

Wegner had been a full-time English teacher, but had to take a step back some years ago when she was struggling with epilepsy and had to manage her stress levels more closely. She has since found a balance in being a substitute teacher.

She had her directorial debut with “Annie,” which she said she “was very happy with.”

“The audience was happy with it, too,” Miller said.

A common “complaint” — which Wegner said she considers a compliment — from those who saw “Annie” was that the 90-minute production was too short.

Wegner chose a “junior play” version of “Annie,” meaning it was more abbreviated. She said her choice was based on it being her first production as director, as well as a means to manage her stress levels while broaching this new chapter.

That attention Wegner pays to stress levels made her somewhat hesitant to completely take the reigns from her dad, so initially she agreed to just direct the fall musical, and that would be it. There hasn’t been a spring play at United South Central since 2017, when Miller directed “Charley’s Aunt.”

United South Central students decided they didn’t like not having a spring play, though, as 37 students signed a petition and presented it, asking for the spring play to return after working on “Annie.” The petition, in fact, was started by a boy who had never been involved with a drama production before “Annie.”

“I was a little flabbergasted,” Wegner said, about learning of the petition. “I didn’t want to disappoint them.”

So, Wegner will direct a spring play and a fall musical, just like her dad. To keep things manageable, Wegner said she makes sure rehearsals don’t run too late whenever possible, and has found a great partner in Ben Dundas, who has become a technical director — working on lighting, sound and doing some set building while Wegner learns the ropes more.

Plus, Wegner has her dad to help, who built and designed sets for “Annie” and acted as an overall guide and sounding board for his daughter.

“I don’t think he’s going to have a choice,” Wegner said, laughing, about her father still helping her with productions. “…He’s the only one who knows where everything is.”

Wegner enlisted the help of her sister, Tami Miller, to help with character coaching during “Annie,” as well.

Clay Miller said all of his children grew up being exposed to theater, between coming to rehearsals with him and spending weekends at the school building sets. That’s another tradition that seems to be carrying on, as Wegner said her 11-year-old daughter, Nadia, was “little miss popular” with the high school students while they worked on “Annie.” Nadia even had a supporting part as one of the orphans. It brought back memories for Wegner, who acted in productions her father directed growing up.

She recalled getting to watch her dad work with other children, and see him help others achieve their goals.

“Dad’s always been really good at bringing out the best in kids,” she said. “I think Dad has a very particular brand of humor, that I think I’ve inherited, and it was fun to draw that out of the kids.”

While theater has been such a large part of Miller’s life, and continues to be through working with his daughter, he said he’s “glad to hand the baton off.”

“I’m honored and proud to be carrying this torch,” Wegner said. “Thanks, Dad, for making the program what it is.”

36 –  Age of Kirstyn Wegner, who is following in her father’s footsteps as the school’s new director