Editorial: All involved play a part in safety on I-35 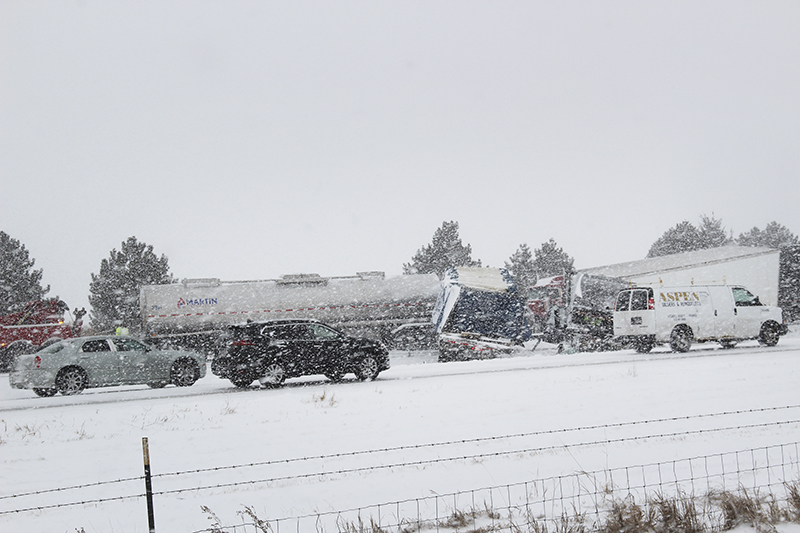 Several times this winter during both big and small snow events, Interstate 35 between milemarkers 16 and 18 has been littered with crashes.

While many are quick to point fingers of who is to blame, it is important to remember there are many factors that play a part.

According to the Minnesota Department of Transportation, salt usage is on par with recent winters after a mild start to the winter.

In addition to salt, MnDOT uses brine, other chemicals and sand; however, because Albert Lea is one of the more wind-prone areas in the district, that can limit MnDOT’s use of chemicals to help avoid worse conditions.

Cindy Morgan, MnDOT public engagement coordinator for the District 6 MnDOT office, gave an example of this when she explained that putting salt down during windy, drifty conditions can actually be counterproductive. She said the salt on the road can have snow blown on it, melt and then refreeze, creating icy conditions. In windy conditions, MnDOT plows instead tend to blade the snow, and then as soon as the winds ease up, they begin salting. Sand is used for areas that need traction, such as ramps or intersections where vehicles need to stop.

We encourage MnDOT to continue to best consider options for this stretch of interstate.

We also encourage expansion of MnDOT’s program where it partners with landowners along the interstates to utilize vegetation or standing corn rows to serve as snow fence. We believe this is an important part of the solution, as much of the interstates in Freeborn County do not have trees or vegetation on the sides that help act as a barrier to keep blowing snow off the road.

Last — but definitely not least — we encourage motorists to take a close look at their own driving habits and make changes that will help keep them and others safer on the road at this time of year. Whether it’s slowing down, turning on their headlights or leaving more space between snowplows, we cannot overemphasize the importance of practicing responsible driving habits.

And when law enforcement officials and MnDOT officials advise people to stay off the roads, please listen whenever possible.

Remember your choices affect not only yourself, but others, too.