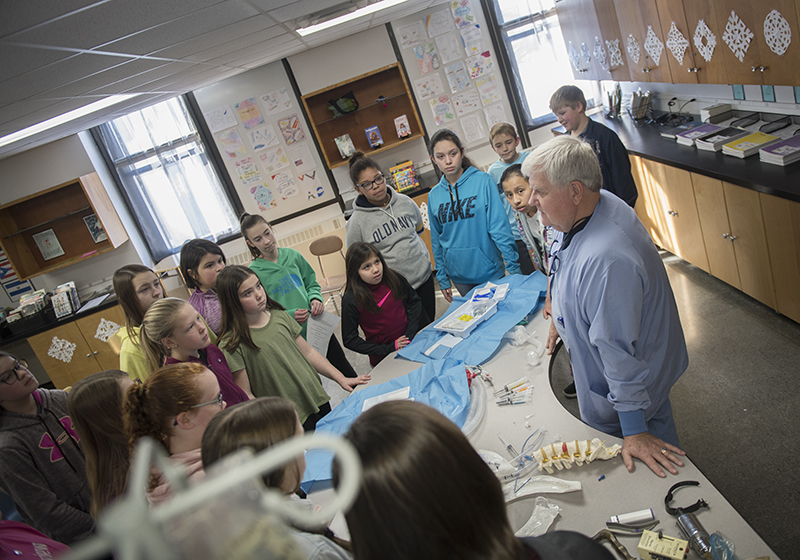 The first responders were at the school as part of the first Southwest Middle School Tiger Career Program, an initiative meant to help sixth- and seventh-grade students gain better traction of possible careers.

The event included interactive approaches by departments and businesses to show their work. St. John’s Lutheran Community Director of Human Services MaChar Kingstrom allowed students to spin a wheel. The result would be the student’s hypothetical job. The job description was then read, and students could fill out simulated resumes.

Administrator on special assignment John Double spoke highly of the event. He said the program was the brainchild of himself and the late Randy Kehr, former executive director of the Albert Lea-Freeborn County Chamber of Commerce. The two men planned Tiger Plus seminars two years ago, which consisted of presenters coming in on a twice-a-week basis.

Double noted the career expo was meant to be a singular event of the same concept. He said students were engaged and curious.

“It went really great,” he said. “The presenters seemed to have a fun time presenting to the kids. The kids were all incredibly engaged as well as respectful of what was going on. The variety — most students, if not all students, got into at least one or more of their choices for what they wanted to see and learn about, so they all walked away with some great information and some great experiences.” 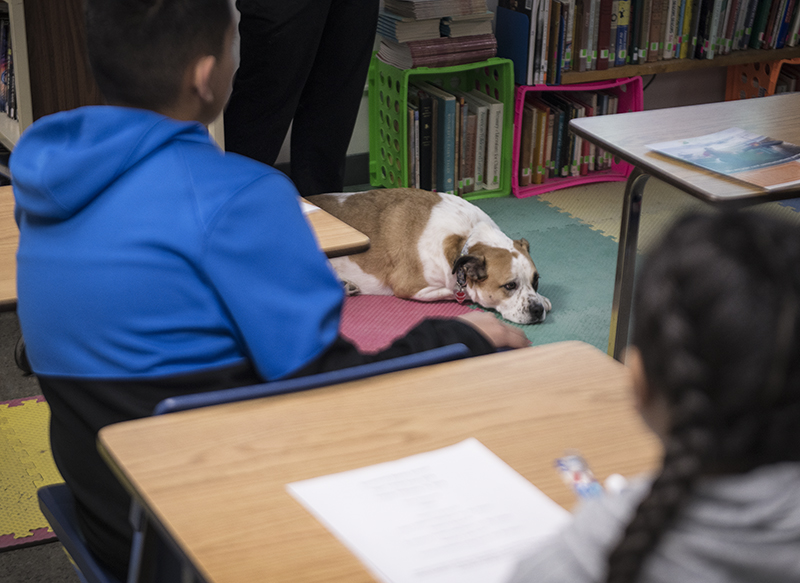 “There’s a lot of excitement out there with businesses wanting to connect with the youth — they’re the future workforce — but it’s, how do they do that?” Double said. “And how do we do that? And if we make the time and give them the format, they’re willing to step up and rise to the occasion.”

Sixth-grader Abbigail Dorman attended a session put on by Owatonna-based company Federated Insurance. She expressed interest in being an underwriter.

“You can get a lot of money from working in insurance, and this is a good insurance company,” she said.

“They showed us what we could do when we grow up.”

Fellow sixth-grader Marelyn Grande Lopez, who noted she wants to be a teacher, said the Federated Insurance course was her favorite.

Miranda Dibble of Federated Insurance said the courses allowed students to understand that certain skills could lead to a successful career in certain industries.

To Double, the event allows students to have a firmer grasp of the courses they want to take before they enter Albert Lea High School. He noted the event showed the intricacies of positions, such as the need for police officers to be good writers so they can produce quality reports and the similarities of veterinarians to medical doctors.

He noted high-paying jobs sometimes do not require four-year degrees and employers sometimes pay for employees to further their education.

Double noted he hopes the program continues next year.

“We’ve tried this once now,” he said. “It was successful, and great if we can keep this piece here. That’s a wonderful piece to have built in here already.” 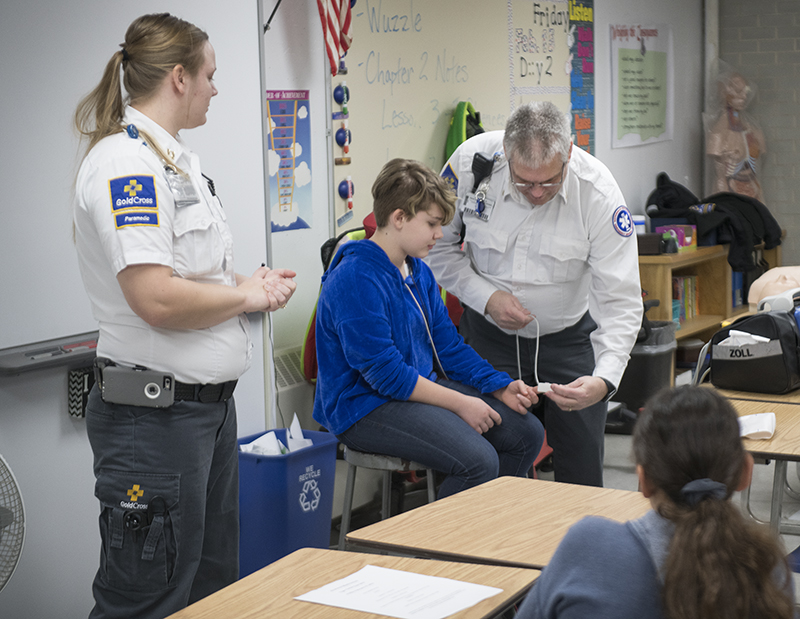 Gold Cross Ambulance employees demonstrate some of the equipment they use during Friday’s career expo at Southwest Middle School. – Colleen Harrison/Albert Lea Tribune