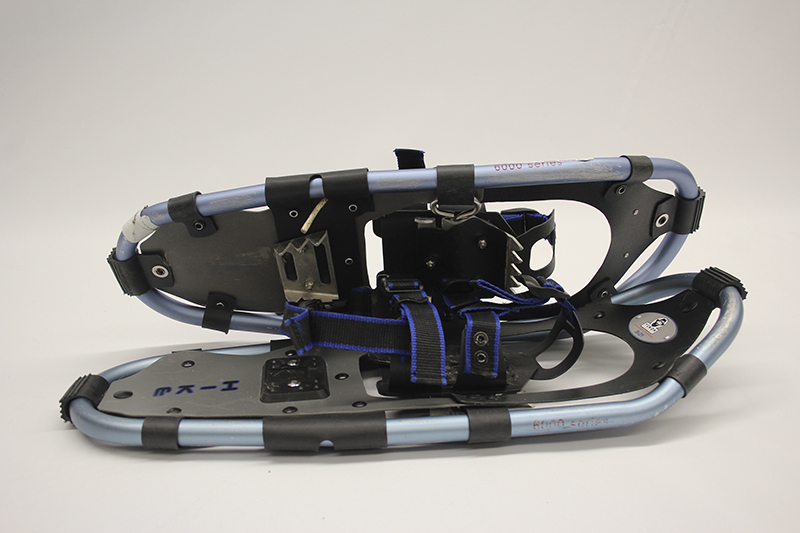 For those looking to explore Edgewater Bay in the winter, Albert Lea Parks and Recreation has two words: lace up.

“We have done, like, candlelight night walks before in the summer and the fall,” she said. “We just thought it would be kind of fun to offer it in the winter as well.”

The event will have a handful of routes, lit by battery-powered tea lights, for people to explore the area. One includes the approximately 1/2-mile stretch used for the mud run Parks and Recreation hosted in the summer.

In addition to routes, people can also explore Edgewater on their own terms.

“They don’t have to go a certain way,” Davis said. “They can go backward through it — whichever way they want. But the paths are fairly wide and they can walk all over the place if they want to. They don’t have to stick to the trails.”

In addition to snowshoeing, those who attend have the option to camp out in front of a bonfire, where the event will provide s’mores supplies and hot chocolate.

“I think if everybody’s out there and they’re having fun and enjoying what we’re offering … it’s nice to have some of these low-key events sometimes,” Davis said.

Parks and Recreation will set up in the Edgewater Bay Pavilion, where those who attend can use Community Education-provided snowshoes. The pavilion will also be open for people to warm up or sit while someone else goes out.

“We only have so many snowshoes, so we encourage people who have them to bring them,” Davis said.

If the event is canceled due to weather, you can find out on the City of Albert Lea — City Hall Facebook page or on KATE Radio.

Find the snowshoe that’s right for your adventure

You know you need shoes, but there’s still so many things to consider: size, color, style, fit, durability. Choosing a snowshoe comes with some of the same decisions.

One of the most important things you can do is pay attention to the weight ratings, said Dan Lestrud, snowshoer and owner of Broadway Bike Co. Typically, shoes come with a wide range, and many often overlap. Lestrud recommends choosing a smaller option for your weight range.

“If you stay with a smaller shoe, it’s just more maneuverable,” he said.

However, Lestrud also recommended users consider any added weight. Those who want to do backcountry snowshoeing — and may take a backpack or extra gear — should calculate that in when choosing the appropriate shoe.

Conditions can also factor in on what shoe you use. Those walking in softer snow may want a bigger snowshoe, but Lestrud said typically snowshoe users should be OK with a smaller option.

“If you know you’ll be in a particular condition, snow-wise, frequently, then that can factor into what you might want to pick up,” he said.

While Lestrud has a pair of wooden snowshoes he bought at age 16, he prefers his aluminum frames. The wooden shoes are often bigger and clumsier. His wooden frames also cracked, which is less likely to happen with an aluminum snowshoe.

“I think if most people … if they try a pair of the newer snowshoes, which have what I would consider to be a lot more advanced binding system and they’re smaller, a lot of times people won’t look back,” he said.

Snowshoes work by using surface area to distribute the downward pressure of body weight, allowing you to sink less into the snow than in standard snow boots. While older shoes frequently look larger, Lestrud said some of that is wasted material that doesn’t contribute to weight distribution.

He said having a state park closeby is a good opportunity for snowshoers to enjoy their jobby.

“Just the fact that we have some places around here that are really good to go snowshoeing when we have the snow … we’re pretty fortunate that way to have the state park so close.”