Giving a loving home to be at during the day 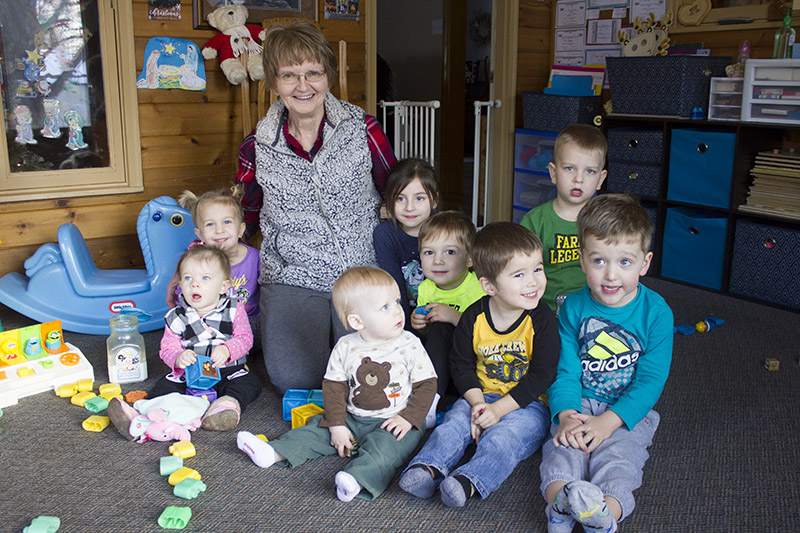 Mary Merritt had just given birth to her first daughter, Christy.

The next year, Merritt started Mary’s Day Care, an operation she still runs.

“After my first child, I decided to go into day care,” she said. “In fact, people in Freeborn asked me to.”

The child care landscape has changed since Merritt began. Providers now need to be licensed, and the number of regulations ruling the profession has increased.

“There’s a lot more regulations,” she said. “They’re changing all the time.”

“It’s a little difficult, because you try to follow everything, but it’s kids, it’s day care. Kids are kids.”

Through the changes, Merritt said her priority remains the same.

Merritt, who oversees six to eight children ranging in age from 3 months to 9 to 10 years, is the lone licensed day care provider in Freeborn and is open from 7 a.m. to 5:30 p.m. Mondays through Fridays.

She said she plans to continue in her profession.

“I’ve got to help these guys out as long as I stay healthy and able to do it,” she said of the children.

Merritt said she wants children to have fun and learn valuable lessons in her care. She noted she emphasizes to children the necessities of sharing, being kind and treating other children with respect.

She sees the children of some of the parents she once presided over. She has been invited to weddings and graduations of people who once attended her day care.

“I feel really rewarded when they bring their children to me,” she said.

“That makes you feel really good.”

She said she wants to provide a friendly atmosphere for the children, who have dedicated times for stories, music, crafts, snacks and naps.

“I want to give them a loving home to be at during the day,” Merritt said. “Very family-oriented — everybody says that. It’s a family home.”

She said she wants day care homes to “be around for a long time for children.”

“It’s a good thing,” Merritt said. “Just a small group, and they get along. They learn to be friends. I’m hoping it will continue.”

Rana Johannsen, who was assisting Merritt in December, spoke highly of the day care operator’s approach.

Her husband, Robert Johannsen, attended the day care when he was a child.

“The kids are very attached to her, so that shows a lot, as for the kind of love and kindness she shows to them,” she said. “So there’s a lot of care and giving that she provides, and I’ve heard a lot of good things on her day care for the last 40 years.”

6 to 8 – Children Merritt oversees daily in her home