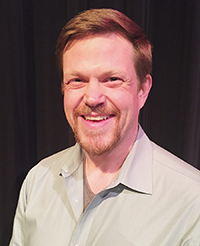 I was invited to a preview performance this evening of the Albert Lea Community Theatre’s production of Agatha Christie’s “The Mousetrap,” and I could not be more pleased with the show I was able to see. The first thing you notice is the elaborate set that makes you completely forget you’re looking at a stage, engrossing you in the newly opened Monkswell Manor. When the lights come up at the start of the show, we are shown an array of visual and audio tricks that make the action on stage even more believable. As the guests check in, each one as eccentric and unique as the next, the scene is set, and the tension builds to a magnificent ending that will keep you guessing until the big reveal.

In a play where everyone is a suspect, the actors did a fantastic job of believably performing their suspicious characters. The accents were consistent and helped bring me even deeper into the story. Each of these actors was especially skilled at having those shifty eyes and tense posture of a suspected criminal. The flamboyant, excitable Christopher Wren was performed with great skill by Kyle Nelson, and the jovial accidental guest Mr. Paravicini was perfectly embodied by Jon Cochran. Both of these actors provide perfectly timed comedic moments that made the play as a whole more enjoyable by far. Jason Howland, who played Major Metcalf, used his resonant baritone voice to project the very model image of a major, and Kristan Dye also commanded respect in the tone of her voice and posture while portraying Mrs. Boyle. The demure and proper Mollie Ralston was played by Grace Chalmers, and she did a brilliant job with her voice and mannerisms and perfectly paired with the proud and determined Giles Ralston, played by Caleb Ryerson, who commanded the stage well in his role. Raquel Hellman was masterful at using facial expressions and gestures during her dialogue portraying the suspicious young woman Miss Casswell, and Michael G. Lilienthal was very convincing with his movements and his intimidating voice as Sgt. Trotter.

The director of this production of “The Mousetrap,” Brian Mattson, was talking with me after the show about how much fun it was to work with this cast in particular. With how well the actors performed together, it’s obvious he’s telling the truth. This production has been pristinely polished, and would be a thrilling experience for anyone who’s ever enjoyed a mystery.

Andrew Anderson is a teacher at Albert Lea High School.