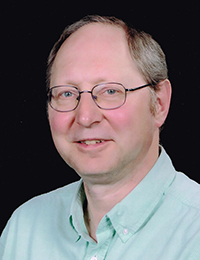 According to NBC News, we are in the early stages of mood forecasting technology that could help stop bad moods even before they strike.

(No, this is a different story than the one about using surplus North Korean missiles to take out your lowlife cousin’s Winnebago before he can embark on a month-long visit, although that too could stop bad moods before they strike.)

NBC says wearable devices with special apps could track our psychological health by recording our heart rate, perspiration, sleep patterns, skin temperature, propensity for shouting back at the &^%$# NBC reporters and other factors.

Mental health professionals loathe to think about it that way, but, yes, essentially, we are talking about a souped -up version of that 1970s fad the Mood Ring. No telling what other long-ago fads we can put to work predicting various activities and conditions. Maybe a solar-powered Hula Hoop to indicate ovulation is in your future.Or a Cabbage Patch Doll that develops diaper rash six hours before you misuse the word “literally.”

If the technology can prevent suicidal or homicidal episodes, I am all for it. I just hope it doesn’t get trivialized predicting less urgent situations. (“At 12:15 p.m. tomorrow, you’ll probably feel a mite peckish. At 3:07 you could get too big for your britches. At 7:03 there is a distinct possibility of getting a case of the heebie jeebies.”)

Researchers and private companies are working to develop devices and software that not only detect and interpret our biomarkers but also respond with helpful advice for micro-adjustments. This might include encouraging you to phone a friend, take a walk around the block, buy the extended warranty on happiness, flap your arms and squawk like a chicken, etc. (Regrettably, statistics show that this last tip would do relatively little to keep you from erupting into road rage the next day; but it would work wonders for the morale of the bored, listless drudges analyzing the data.)

Right now, the best devices are achieving only 75-80 percent accuracy in making behavioral predictions 24 hours in advance. Until that improves, let’s install safeguards against anyone using computer models to make long-term forecasts. I don’t want to hear that Logan’s yawning or Brittany’s rapid eye-blinking means polar bears are going to be piling up in our coastal areas in 10 years.

According to a recent survey, some people welcome the chance to stave off potentially fatal behavior, while others are more concerned about the privacy of the mounds of data being collected. They worry that the information will go beyond doctors and be exploited by unscrupulous employers and others.

Who knows? Maybe former FBI deputy director Andrew McCabe would pull you aside and confide, “Based on that persistent nasal whistling, some of your casual acquaintances and I have decided to oust you as room parent.”

Of course, overcoming the patient’s denial is going to be a big part of the effectiveness of mood-forecasting devices. That reminds me of coming home one day when my son Gideon was a preschooler and finding him unmistakably grouchy.

“Boy, somebody is in a bad mood today.”

“No!” he screeched as he flailed his arms and stomped his feet. “I am not in a bad mood. I am in a GOOD MOOD!”

I should’ve said, “Bad news, son. Your birthday gift was in your cousin’s Winnebago!”