Memorial services for Jack Neale, 86, will be at 11 a.m. Friday at Bonnerup Funeral Service in Albert Lea. The Rev. Sean Forde will officiate. Visitation will be one hour prior to the service at the funeral home. 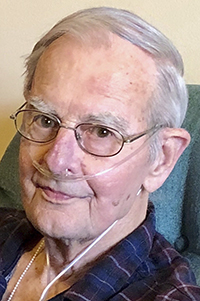 Jack was born Aug. 20, 1932, to William and Margaret Neale in Pipestone. He graduated from Lake Benton High School and served two years in the U.S. Army as a helicopter mechanic. Jack studied printing at Dunwoody Institute in Minneapolis and graduated from the University of Minnesota with a Bachelor of Arts degree in journalism. He spent six years as public relations manager at Jostens in Owatonna before moving to Albert Lea in 1969 and purchasing Rapid Printing, selling it in 1984.

Jack married Karen Arneson in 1973, who he always said was the best part of his life. She preceded him in death in December 2016. He loved the cabin on Pequan Lake, loved to fish, deer hunt with his brothers and brother-in-law, and loved to pheasant hunt locally.

Memorials are suggested to Peace & Power at First Lutheran Church.