Jail for man who stole car, led police on chase

An Albert Lea man charged with leading authorities on a high-speed chase last year in a car stolen in September from the Walgreens parking lot was given jail time and placed on probation Friday in Freeborn County District Court. 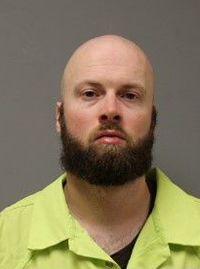 Brandon James Marquardt, 33, was sentenced for two charges after he pleaded guilty in October to felony receiving stolen property and felony fleeing a peace officer in a motor vehicle.

On the first charge, Marquardt was placed on probation for up to five years and sentenced to 270 days in jail. Of that, he was given credit for 155 days served. Judge Steven Schwab said Marquardt could go to addiction treatment when a bed became available. At that point, the other jail days would be waived.

On the second charge, Marquardt was placed on probation for up to three years and sentenced to 270 days in jail. Of that sentence, he was given credit for 155 days and ordered to be released from jail when a bed was available. Any jail time not credited at that point is also expected to be waived.

While on probation, Marquardt will be expected to follow all state and federal criminal laws, not use alcohol or controlled substances — with the exception of prescribed medications — and follow other requirements.

Marquardt was arrested after officers were dispatched Sept. 14 to Walgreens, 703 E. Main St., for a report of a woman who had her purse and phone taken from her work locker at the store. Her 2004 Buick LeSabre had also been taken from the business parking lot.

While taking the stolen vehicle report, another officer found the car a short distance away at McDonald’s, 609 E. Main St., and the driver reportedly appeared to be intoxicated.

The chase ensued, and officers pursued the car down East Main Street onto northbound Interstate 35 at speeds of over 100 mph.

There, Steele County Sheriff’s Office deputies deployed a tire deflation device near the Ellendale exit of the interstate, which spiked one of the tires.

The car then continued north between 70 and 80 mph, after which a deputy initiated a pursuit intervention maneuver on the car near mile marker 30. The car then spun out of control into the center median.

Marquardt then reportedly fled across the interstate and into the cornfield west of the interstate, where he was captured a short time later by an Albert Lea officer.

Marquardt was charged with driving while intoxicated, fleeing a peace officer by a means other than a motor vehicle, reckless driving, driving without a valid license or vehicle class and speeding, but those charges were dismissed.