Funeral services for Larry M. Christensen of Albert Lea will be at 10:30 a.m. Friday at Trinity Lutheran Church in Albert Lea. The Revs. Eileen Woyen and George Marin will officiate. Interment will be in Hillcrest Cemetery. Visitation will be from 4 to 7 p.m. Thursday at Bonnerup Funeral Service and one hour before the service at the church. 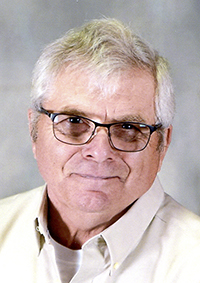 He married Judy Christian on Sept. 1, 1967, at Silver Lake Lutheran Church in rural Northwood. Larry spent a lifetime farming and also worked at Wilson & Co. and Ag Power. Ag Power was more than a job to him, where co-workers became an extension of family.

He was a member of Trinity Lutheran Church, where he had been confirmed, served as an usher and was a leader of the Stephan Ministry. Family, friends, faith and farming were the foundation of his life.

Larry was a man of the land and thoroughly enjoyed nature. He impacted many lives without even knowing it. He was one of a kind — very grateful for what he had, was very giving and was always paying it forward.

He was preceded in death by his parents Earl and Lylith Christensen; his father-in-law and mother-in-law Mervil and Betty Christian; and sister-in-law, Nancy Jo Haskins.