Larry Dean Tlamka, 59, of Albert Lea passed away Saturday, Feb. 9, 2019, at his home after a courageous battle with kidney cancer. A private family service will take place at First Lutheran Church, but at Larry’s request, no further arrangements will follow. He asked instead to be remembered as he once was — happy and healthy! 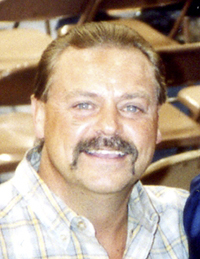 He was born Jan. 2, 1960, the son of John A. and Bette (VanGuilder) Tlamka. He was an Albert Lea High School graduate. He married and later divorced Julie Belshan, and to this marriage two sons were born. He later married Julie Johnson and had a daughter.

Larry worked at Bridon Cordage, Bob & Joe’s, Wilson & Co., Farmstead, Quality Pork and most recently Hormel Foods. His spare time was spent with his kids and/or family. He enjoyed family get-togethers, grilling, gardening, camping and fishing, attending his kids’ sporting events and other activities through the years. He talked about someday retiring and doing the same with his nieces/nephews’ kids and his grandchildren.

He is preceded in death by his parents John A. and Bette Tlamka; his father-in-law, Arner J. Johnson; and grandparents, aunts, uncles and cousins.

The family would like to extend a special thank to Medical Centers Cancer Unit and Hospice Care Group. “We appreciate your compassion, concern and caring services during this difficult time. You are truly angels on earth,” they said.

Memorials can be sent to the family home. The family requests no flowers or plants because they can be a danger to their precious pets.