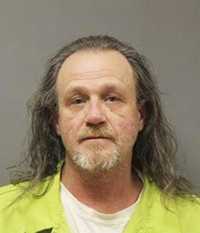 Michael Robert Lee, 55, was sentenced in the first file after he pleaded guilty to second-degree criminal sexual conduct in two files in August.

Freeborn County Attorney David Walker expects Lee to be released in June but noted the timing will depend on how quickly he receives sex offender treatment.

Schwab placed Lee on probation for up to 25 years in the two files and ordered him to submit to polygraph examinations, have no contact with juveniles unless approved by his agent or therapist, not use internet or social media websites without approval, not possess or use pornographic or sexually explicit materials and follow other court requirements.

If Lee violates his probation, he could be sentenced to 4 1/2 years in prison.

In the first file, Lee’s guideline sentence was expected to be more than 3 1/2 to four years in prison based on the severity of the crime and his criminal score, but a departure was granted pursuant to the plea agreement and Lee being found to be amenable to probation, according to a pre-sentence investigation.

Prior to sentencing, Lee apologized for his actions.

“I’m sorry for everything I’ve done,” he said.

Schwab told Lee he needed to get sex offender treatment completed while he is in jail and warned him of the likelihood he would be sent to prison if he violates probation.

Lee will be temporarily furloughed to attend sex offender treatment sessions then be expected to immediately return to jail.

The sexual assaults reportedly took place over an approximately five-year period in Freeborn and Mower counties.

Lee was charged with first-degree criminal sexual conduct in a separate file, but that charge was dismissed.