‘Many hands make less work for everyone’ 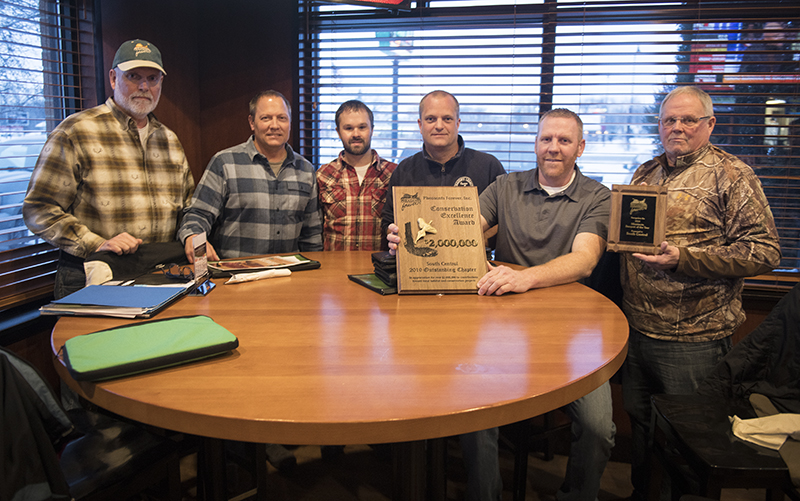 Members of the South Central chapter of Pheasants Forever were recognized for a local habitat investment and for having the Banquet of the Year at the 2019 state convention last month. - Colleen Harrison/Albert Lea Tribune

Pheasants Forever in Freeborn County has invested at least $2 million in local habitat and pollinator efforts in recent years.

Members of the organization, part of the South Central chapter, were recognized for the investment and having the Banquet of the Year at the 2019 state convention Jan. 18-19.

The local chapter was recognized after purchasing 245 acres in fall 2017 west of Pickerel Lake for public hunting ground and funding the pollinator plant garden in 2017 behind Brookside Education Center to increase the monarch butterfly population.

“We funded everything behind that,” member Brandon Kroeger said of the pollinator project.

In addition, the organization has helped local trap teams at Glenville-Emmons, Alden-Conger and Albert Lea.

“(We) want to get the youth involved, and hunting and shooting is kind of a declining sport,” said President Greg Posthumus. “And now with these high school trap shooting teams, just getting kids back involved.”

Members credited Chevrolet of Albert Lea for hosting the main annual fundraising event, which includes a silent auction, raffles and fundraising. An estimated 240 people attend, the majority of which are Pheasants Forever members. 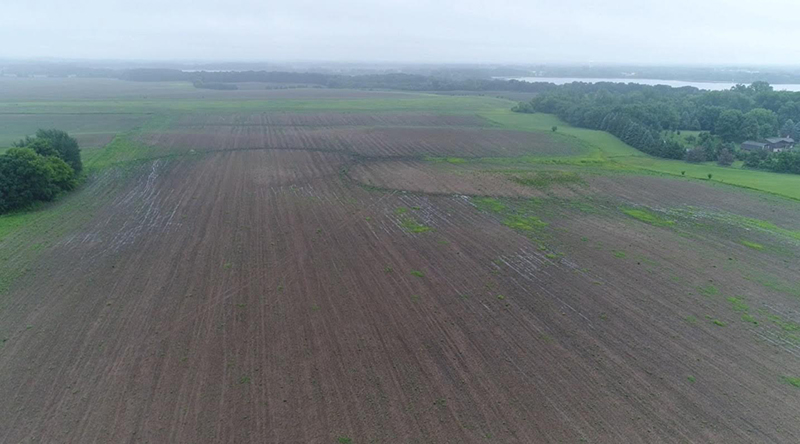 Pictured is an aerial shot of land purchased by Pheasants Forever west of Pickerel Lake. – Provided

Posthumus noted March 2 will be the organization’s 26th banquet and will take place at the dealership.

“It’s basically our one fundraising event of the year,” Posthumus said.

He noted the organization is seeking more members.

“The more the merrier,” he said. “Many hands make less work for everyone.”

“It took us time to build up reserves to actually do something with this,” he said. “It isn’t something that happened overnight.”

“We all had a love for the outdoors,” he said. “We all enjoyed hunting, we all saw the habitat declining. We all used to talk about the ‘Minnesota death march’ when we’d go hunting because there just weren’t a lot of places to go and a lot of birds to be had.

“As concerned outdoor activists, we actually thought we could do something about it, and now this land acquisition is hopefully the first of many. It’s a big step in the right direction for us.”